Twenty years ago, the American Association for Cancer Research launched Women in Cancer Research (WICR), a membership group designed to recognize the scientific achievements of female cancer scientists and provide support in their career endeavors.

The group has thrived for the past two decades, increasing the visibility of women in cancer research, creating professional development opportunities for female investigators-in-training, and growing into a community in which women can discuss the challenges and successes of female scientists.

Why is it important to have a group like Women in Cancer Research, and to celebrate its milestones, such as this 20th anniversary?

Adams-Campbell: It is important to have a group like WICR to garner the attention and accolades that are often overlooked due to the overwhelming number of male scientists.

Cruz-Correa: During the past few decades, we have seen the number of female medical doctors and scientists increase, and they have made important contributions to the field of cancer research. The AACR has been a pioneer in recognizing the contributions of women to cancer research by providing opportunities for mentoring, career advancement, research funding, and networking.

The 20th anniversary of WICR is an important milestone to celebrate as it has brought together women from different scientific backgrounds, all working to advance the careers of women in science, in cancer research, and in the AACR. Having a supportive and inclusive organization that promotes science development, leadership, and career advancement is reason to celebrate!

Sebolt-Leopold: Too often women do not believe in themselves and fail to take the time to celebrate their successes.

What are some of the benefits of being a WICR member? How have these grown or changed over time?

Adams-Campbell: The major benefit of being a WICR member has been having comrades and supportive women who have similar struggles and success stories.

Cruz-Correa: The peer-to-peer mentoring and networking opportunities offered by WICR are among the greatest benefits. During the AACR Annual Meeting, WICR collaborates with other constituency groups to provide professional development sessions to guide women cancer researchers in various aspects from career advancement, professional skills, and even work-life balance. In addition, WICR provides scholarships for women to present their research at the Annual Meeting and several other AACR conferences during the year. WICR will continue to evolve in response to the needs of female scientists across their career spectrum. We’re also excited to engage the new generation of cancer researchers.

Sebolt-Leopold: WICR offers networking and counseling opportunities to help women at all stages of their careers. The uniqueness and commonalities of women’s experiences provide rich learning opportunities for all WICR members, mentors, and mentees alike.

How have opportunities for women changed over the course of your career in cancer research?

Adams-Campbell: I strongly believe that opportunities have grown, and that’s apparent when you consider the many women in leadership roles in AACR. We’ve had consecutive female Presidents, and women are well-represented on committees and frequently recognized for plenary sessions.

Cruz-Correa: One change I have seen over time is the significant increase in the number of women in surgical oncology specialties where, 20 years ago, women represented less than 10 percent of all practicing specialists.

Changes in the demographics of cancer researchers have led to some modifications in the traditional career advancement time frame. There are more flexible pathways that allow for women to have families and continue to contribute as scientists. More women today are achieving leadership positions within academic, governmental, or private organizations. The AACR has been a leader in promotion of female scientists and has demonstrated this by having 14 women Presidents, more than many other professional, medical, or scientific organizations. I feel very proud to see significant progress and equity within our organization.

Sebolt-Leopold: Women are steadily making progress in being selected for leadership opportunities. From the early 1900s until 2000, only six women served as President of AACR.  In striking contrast, eight women have been elected to this leadership position in the past two decades.

What should a young woman just starting out in the field do to make the most of her opportunities?

Adams-Campbell: A young woman should always make efforts to network and be willing to participate or lean in.

Cruz-Correa: First and foremost, be present. It is important to participate in events that are provided by your own organization and certainly the AACR. Be focused on your science, but keep your mind open for opportunities.

Time is your most valuable resource; be wise about how you invest it. Depending on your career track there are specific requirements for productivity and career advancement, so be mindful of that as you establish priorities. Collaborate with others, pay it forward, keep a sense of curiosity, challenge the concepts, and enjoy the ride!

Sebolt-Leopold: Find a mentor at every stage of your career and do not be shy in asking for advice.

Who are some of your role models in cancer science? How have they inspired you?
Adams-Campbell: Unfortunately, my role models have been men who have encouraged me to continue to seek higher grounds.

Cruz-Correa: I have been blessed with many amazing role models, both men and women, who have provided me with advice and have supported me during challenging times. Just a few: Dr. Gloria Petersen, who introduced me to the field of genetic epidemiology; Dr. Andy Feinberg, who introduced me to the field of epigenetics and taught me to challenge what is known; Dr. Frank Giardiello, who taught me about hereditary cancer and the importance of keeping the focus and your passion; Dr. Ray DuBois, gastroenterologist and physician-scientist, who mentored me as a young principal investigator; Dr. Liz Jaffee, who inspires me as a women in science, mother, advocate, and pioneer in cancer vaccines; Dr. Luz Rodriguez, surgical oncologist from the NCI, who introduced me to the field of cancer prevention and who has provided mentorship and scientific networking opportunities. I have many more great role models in cancer research who inspire me as I pass my knowledge forward to the next generation of cancer researchers.

Sebolt-Leopold: My role models, both male and female, have two qualities in common: They are humble in acknowledging what they don’t know and they put cancer patients above their own egos.

For the 20th anniversary, WICR will use a tagline called “I support #WomenInCancerResearch because …” How would you complete that sentence?

Cruz-Correa: … as a woman in science I understand the importance of having a tribe! The networking, peer mentoring, and research collaboration provided by the AACR and WICR are key to success.

Sebolt-Leopold: … gender does not diminish the impact of high-quality science. 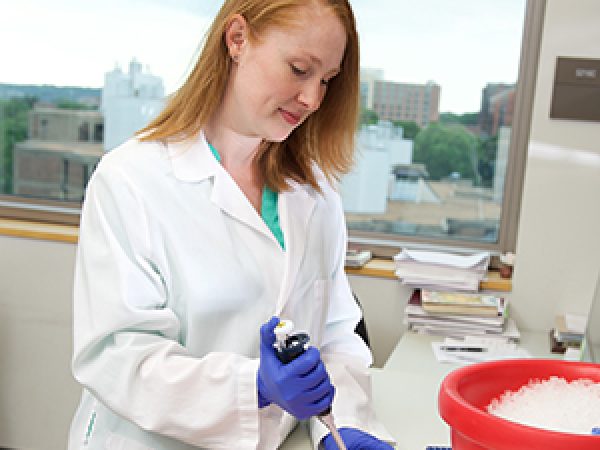 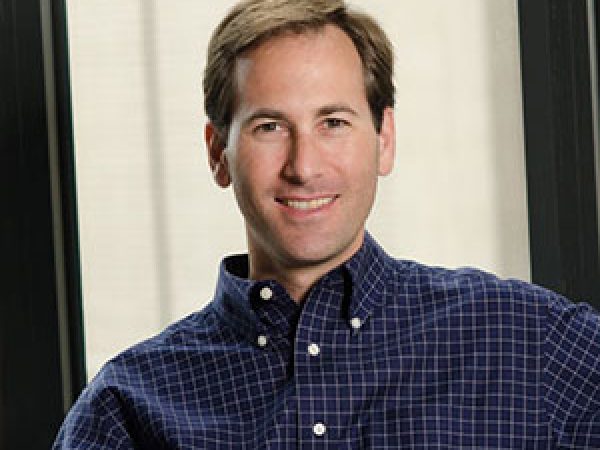