The Annual Meeting, with more than 21,000 attendees, had just begun, and the enthusiasm among the cancer researchers, physician-scientists, industry scientists, patient advocates, and other stakeholders who had gathered in the hall from all around the world was soaring when the Annual Meeting program chairperson John D. Carpten, PhD, began his remarks.

Carpten said, “This year, we doubled down on ensuring that it is not only the program that is diverse, but that there is also a tremendous diversity across the speakers and participants. This has always been a priority for the AACR, but this year we made gender, minority, and geographic equity an even more central part of our program development.”

He added, “We are also proud that we have selected a record-high number of early-career investigators as AACR NextGen Stars, providing them an opportunity to present their research during a major session at the meeting.”

In their paired presentation, Kuhn, a professor of biological sciences, biomedical engineering, and aerospace and mechanical engineering; and Nieva, an associate professor of clinical medicine; talked about the current status of cancer detection and treatments, the complexity of tumor biology, and a new approach to digitize both the cancer and the patient to reduce biases in treatment outcomes.

Their presentation illuminated the fact that a physician’s and a physicist’s experiences in addressing patient needs are two sides of a coin; each brings their own experiences and perspectives to solve the complex puzzle of finding better cures for cancer patients.

Kuhn and Nieva discussed quantifying patients’ health experiences in a reproducible, numeric way that can be captured and contextualized into information that guides development of more accurate biomarkers. The pair focused on collecting data from patients during their visits to physicians’ offices, such as gathering information on the patient’s performance status. Patients spend about 15 minutes with their doctors during chemotherapy, and the performance data during the time spent in the clinic is never measured and is therefore a lost opportunity, they said. Quantifying patients’ Eastern Cooperative Oncology Group (ECOG) performance parameters when the patient gets up from the chair to sit on the examination table could serve as biomarkers to identify patients’ response to treatment, they noted.

The researchers discussed developing a clinical trial that objectively quantifies performance status and attempts to predict unexpected health encounters. They also emphasized the importance of including patients in clinical trials who are often excluded because of poor performance status. Digitizing patients and cancer will ultimately deconvolute the disparities in cancer outcomes, they concluded.

The next presenter, Alan Ashworth, MD, from the University of California San Francisco Helen Diller Family Comprehensive Cancer Center, talked about the therapeutic implications of DNA repair defects in cancer.

Deficiencies in DNA repair processes often lead to gene mutations, Ashworth said, which fuel the development of many cancers. Cells can fix the damage to DNA in several ways because they have multiple DNA damage response pathways, one of which involves the enzymes poly (ADP-ribose) polymerase 1 and 2 (PARP1 and PARP2). PARP inhibitors work against cancer cells based on the principle of synthetic lethality, a long-standing genetic principle, he noted. Cancer cells with defects in the gene BRCA, which is responsible for repairing damaged DNA by a process called homologous recombination, can no longer depend on this process to repair their damaged DNA. But the damaged DNA can be repaired to some extent through the base excision repair mechanism mediated by PARP. Using PARP inhibitors to prevent PARP from fixing damaged DNA forces the cancer cells to die.

Therapeutics developed based on the synthetic lethality approach have been effective in treating hereditary breast and ovarian cancers. The U.S. Food and Drug Administration has approved three PARP inhibitors, olaparib (Lynparza), rucaparib (Rubraca), and niraparib (Zejula) to treat women with ovarian cancers who have inherited BRCA mutations. Olaparib and talazoparib (Talzenna) are approved for treating certain patients with an inherited BRCA1/2 mutation who have metastatic HER2-negative breast cancer.

As a recent development, Ashworth talked about a phase III placebo-controlled clinical trial, POLO, in which olaparib was tested as first-line maintenance monotherapy in patients with germline BRCA-mutated metastatic pancreatic cancer. The trial met its primary endpoint, with olaparib yielding a statistically significant improvement in progression-free survival compared with placebo. He also mentioned the more than 10 percent of all cancers that are known to have BRCAness. He defined BRCAness as a phenocopy effect whereby other molecular defects confer a similar phenotype to germline BRCA1 or BRCA2 mutation.

Ashworth discussed efforts to extend the utility of PARP inhibitors, including studying cancers with BRCAness, and the mechanisms that drive the development of therapeutic resistance. He talked about combining PARP inhibitors with other agents, including immunotherapeutics, and utilizing other components of DNA damage response besides PARP, to improve patient outcomes.

The third presentation was from David B. Solit, MD, of Memorial Sloan Kettering Cancer Center, who discussed the utility of and challenges with tumor genomic profiling in identifying appropriate treatments for cancer patients. His talk focused on data from a large-scale, prospective clinical sequencing initiative utilizing a comprehensive assay, MSK-IMPACT. The goals of this initiative are to define the molecular drivers in all patients, to facilitate the development of rational clinical trials, and to identify germline variants that contribute to cancer initiation, he said.

The FDA-authorized MSK-IMPACT assay is a 468-gene in vitro diagnostic test that utilizes next-generation sequencing techniques to analyze tumor tissue and blood to detect gene mutations and other critical genetic aberrations in both rare and common cancers. Gene alterations detected include protein-coding mutations, copy number alterations (CNAs), and selected promoter mutations and structural rearrangements in more than 400 cancer-associated genes.

Solit discussed some of the limitations of the MSK-IMPACT initiative. Only about 25 percent of patients’ tumors could be profiled in this initiative, and the assays only detect alterations in the genes included in the assay design. To overcome these challenges, the main focus of this initiative in 2018 was the development and validation cfDNA to facilitate tumor profiling in patients with no tumor tissue available and to assess tumors for minimal residual disease and opportunities for early intervention, he said.

For the cfDNA study, exons from 129 genes will be analyzed for mutation detection, Solit noted. He concluded that clinicians should learn to recognize patients whose tumors may have a targetable alteration but were missed because of technical failures, such as poor DNA quality and stromal infiltration, or lack of coverage of some of those mutations by the assay employed.

The path forward for precision oncology

Garraway began by discussing the two overarching drivers of the therapeutic success we have had so far—the remarkable advances in our collective knowledge of the underlying tumor biology, and our ability to utilize genomic technologies for clinical profiling of hundreds of genes simultaneously, enabling the identification of patients most likely to benefit from new cancer therapies. Large-scale cancer genomic studies have shown that many actionable cancer gene mutations exhibit a “long-tail” distribution, meaning that they are rare across cancers and even within a given cancer type, he noted. Although this makes them difficult to detect, identifying such alterations is highly beneficial from a therapeutic standpoint, he said, pointing to the development of RET inhibitors as an example.

Overall, precision oncology approaches offer considerable potential to bring many new cancer treatments to those patients most likely to benefit, he concluded.

The next presenter was Crystal L. Mackall, MD, from Stanford University School of Medicine, who talked about the mechanisms of resistance to CAR T-cell therapies and recent approaches to overcoming it.

The approval of the first CAR T-cell therapy—an approval for pediatric cancer patients prior to adult patients—was a watershed moment, began Mackall. The FDA has so far approved two CAR T-cell therapies. Tisagenlecleucel (Kymriah) was approved for treating certain pediatric and young adult patients with acute lymphoblastic leukemia (ALL) and non-Hodgkin lymphoma (NHL), and axicabtagene ciloleucel (Yescarta) was approved for treating adults with certain types of NHL. Treating certain blood cancers with CAR T-cell therapy has yielded high success rates; however, some patients do not benefit from this therapy, and some patients develop resistance to this treatment.

Tumor antigens escape from CAR T-cell therapy through multiple mechanisms: by expressing alternative forms of the target antigen that lack the epitopes that the CAR T cells recognize, by changing into a phenotypically different disease, or by lowering expression of the surface target antigen to levels below the threshold needed for CAR T-cell activation. Relapse caused by antigen-negative and antigen-low tumor alterations pose major problems, especially when treating diseases that significantly rely on target-antigen heterogeneity, she said. Whole-genome analyses in a model of CAR T-cell exhaustion showed bZIP/IRF transcription factor motifs as the most dysregulated in exhausted human T cells, Mackall added. She speculates that engineering CAR T cells to restore the balance of bZIP/IRF will enhance the efficacy of CAR T cells.

Mackall also described the development and testing of a bivalent, CD19/22-CAR T-cell therapy. Like CD19, CD22 is also expressed on most B-cell leukemia cells but is usually retained following CD19 loss. Prior research has shown that the safety profile of CD22-CAR T cells is similar to that of CD19-CAR T cells, and CD22-CAR T cells yielded similarly potent anticancer effects, in both immunotherapy-naïve patients and patients whose disease relapsed following CD19-directed immunotherapy.

T-cell exhaustion and response to immunotherapy

Exhausted T cells, or Tex cells, are unique immune cells that play a central role in cancer, began E. John Wherry, PhD, from the University of Pennsylvania. Tex cells are defined by the progressive loss of effector function, increased expression of multiple inhibitory receptors, and altered metabolism, and they are equipped with an epigenetic program that is distinct from that of effector and memory T cells.

T-cell responses induced by checkpoint blockade and tumor eradication are often rapid in a subset of patients, he noted. Tex cells have poor function, but they are still functional, he said. Studies have shown that Tex cells are one of the major responders to PD-1 or CTLA-4 blockade, and Tex-cell responses to anti-PD-1 correlate with clinical outcomes. He noted that Tex cells can be reinvigorated by PD-1 blockade, however, reinvigorated Tex revert to exhaustion over time.

Reversal of Tex cells could be achieved through the combined blockade of PD-1 and Lag-3, and by combining PD-1 blockade with CAR T cells. Responses to checkpoint blockade fall into distinct categories, including rapid elimination of tumor, where the T cells are already primed; suboptimal response, where the T cells are exhausted; no response, where there is lowered pre-existing T-cell response; and tumor escape, with T-cell pressure. Understanding these distinct categories can help develop appropriate therapeutic strategies, he concluded.

“New technologies are being developed and deployed to help us better understand the relationships among the cells that define a cancer and its microenvironment,” said Carpten in his concluding remarks. “Integrating these approaches going forward will undoubtedly shed new light on cancer, and will open up new and innovative ideas on how to best approach disease prevention, diagnosis, and treatment for all patients.” 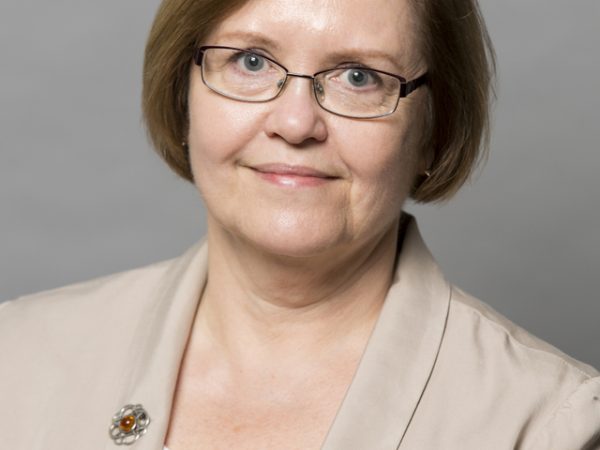