Home » Cancer Research Catalyst » From the Journals: Editors’ Picks for May

Every month, the editors from the eight AACR journals select one “must read” article from each issue, which we highlight on this blog. For May, research articles span from an investigation of enzalutamide resistance in prostate cancer to an examination of how distance to care affects treatment initiation and completion among patients with cervical cancer living in urban and rural areas. As usual, all articles summarized here are freely available for a limited time.

While targeting the PD-1/PD-L1 axis has proven efficacious against non-small cell lung cancer (NSCLC), some patients develop resistance to this treatment; identification of resistance mechanisms is an area of active investigation. In this study, the authors found that an allelic variant of killer-cell immunoglobulin-like receptor (KIR) known as KIR3DS1, which is expressed on natural killer (NK) cells, was associated with resistance to PD-1 blockade among patients with NSCLC. The presence of this variant was significantly associated with decreased progression-free survival only among patients with NSCLC who were treated with immunotherapy and not among those treated with chemotherapy. These results suggest that KIRs may predict responses to PD-1-targeted therapies but require further validation.

Overexpression of the protein serine protease inhibitor Kazal type-1 (SPINK1) is associated with aggressive prostate cancer, and its mechanism of its regulation remains under investigation. In this study, the researchers found that two micro RNAs (miRNAs), miRNA-338-5p and miRNA-421, could modulate the expression of SPINK1 in multiple cancer cell lines. Additionally, ectopic expression of these miRNAs attenuated SPINK1-mediated oncogenesis in both in vitro and in vivo models. Analysis of human prostate cancer tissues revealed a significant association between the expression of SPINK1 and the epigenetic regulator EZH2, indicating that these miRNAs may be epigenetically silenced in SPINK1-positive prostate cancer. The authors suggest that the restoration of miRNA expression through epigenetic inhibitors or synthetic mimics may provide a new strategy to combat SPINK1-mediated oncogenesis.

Pediatric glioblastoma, while rare, is a lethal brain tumor with no effective standard of care treatment. To elucidate mechanisms of tumor evolution, the authors utilized whole-genome sequencing to compare primary tumors with corresponding recurrent tumors and found that less than 8 percent of nonsynonymous single-nucleotide variants were shared between the matched pairs. The authors also compared the genomes of two pediatric patients with the genomes of their parents and found that genetic variants could be somatic, inherited from a healthy parent, or could arise de novo in the germlines of the pediatric patients. Additional analyses supported a model of slow-cycling cancer stem cells which drive the formation of rapidly proliferating progenitor-like cells. These results suggest that effective therapies for pediatric glioblastoma must account for its proliferative hierarchy and genomic heterogeneity. 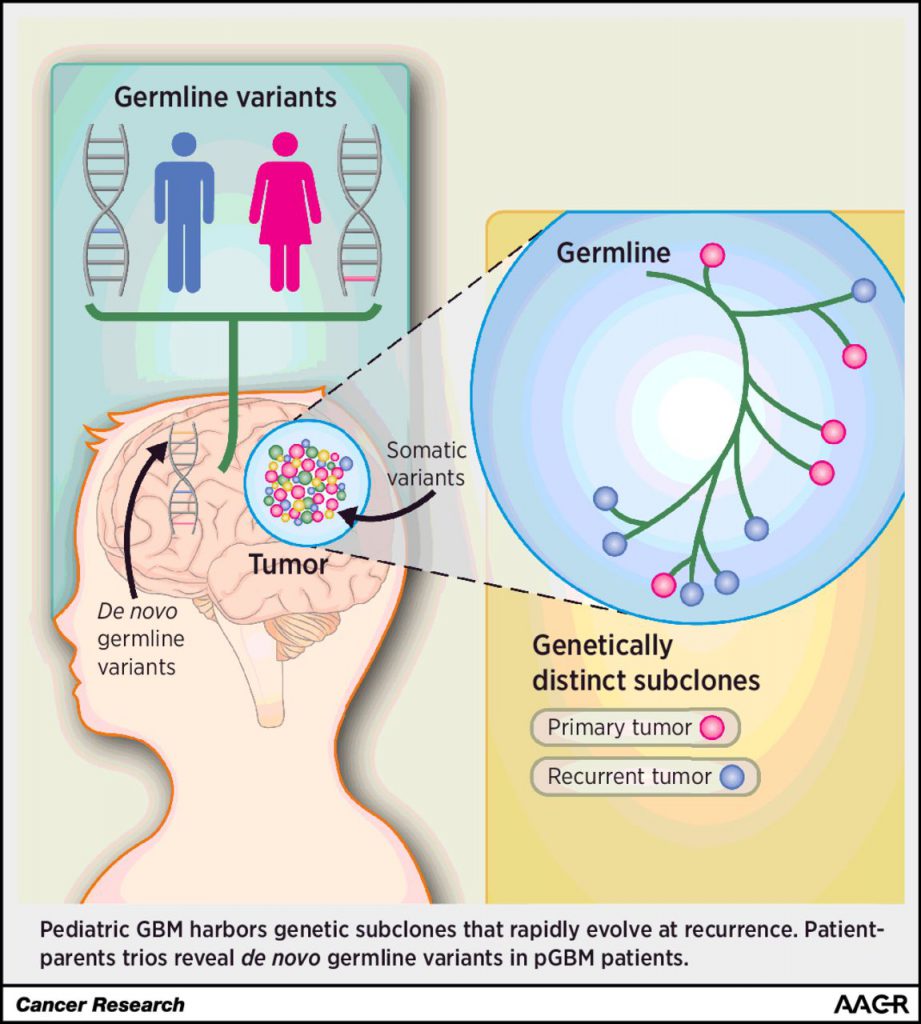 Inhibition of the cell-cycle kinase WEE1 has shown promising preclinical and clinical activity in p53-mutant head and neck squamous cell carcinoma (HNSCC). In this study, the authors investigated how p53 status influences the response to AZD1775, a WEE1 kinase inhibitor, at the molecular level by evaluating its effect on HNSCC cells. They found that p53 deficiency exacerbates replication stress and permitted entry into mitosis despite the persistence of unresolved genomic lesions induced by AZD1775, as measured by the DNA damage marker γH2AX. As a result, DNA damage was carried over across multiple rounds of DNA replication, intensifying with each consecutive cell cycle. The authors posit that these results will help to optimize the therapeutic window for the treatment of p53-mutant HNSCC with WEE1 kinase inhibition.

Treatment options for gliomas, which have a poor prognosis, have not improved in the past 20 years. In this study, the authors utilized ultradeep targeted sequencing to analyze 237 tumors taken from patients with glioblastoma and lower-grade glioma. Of the 2,485 somatic mutations identified, more than 60 percent were attributed to 12 hypermutators, and the most frequently mutated genes included TP53, IDH1, and EGFR. Multivariate analyses indicated that patients harboring wildtype IDH had a significantly worse overall survival compared with those with mutated IDH, suggesting that the mutational status of this gene could offer prognostic significance in this patient population. Three of 14 patients who consented to targeted therapy based on their sequencing data responded to treatment. These results suggest that ultradeep targeted sequencing could be a useful tool in the clinical setting for this hard-to-treat cancer.

Sialic acid-binding immunoglobulin-type lectins, or Siglecs, play a role in immunoregulation, and their role in cancer remains an area of active investigation. In this study, the authors found that the majority of tumor-infiltrating CD8+ T cells taken from melanoma patients had high expression of Siglec-9. Additionally, circulating CD8+ T cells expressing Siglec-9 taken from both melanoma patients and healthy donors were of an effector memory phenotype. The binding of Siglec-9-specific antibodies or ligands functionally inhibited this T-cell subset, indicating that Siglec-9 checks T-cell function. Both primary and metastatic melanoma lesions expressed cognate Siglec-9 ligands on the majority of tumor cells. These results suggest that targeting the Siglec-9 axis may provide a new strategy to activate T cells in the tumor microenvironment.

Even though small cell lung cancer (SCLC) tumors typically harbor a high mutational burden, treatment with checkpoint inhibitors is efficacious in only a small percent of patients. In this study, the authors found that the inhibition of DNA damage response (DDR) proteins PARP or checkpoint kinase 1 (CHK1) enhanced the expression of PD-L1, increased the levels of tumor-infiltrating lymphocytes, and synergized with PD-L1 blockade in multiple SCLC models. Additionally, DDR inhibition resulted in activation of the innate immune STING pathway as indicated by increased expression of key chemokines, which facilitated cytotoxic T-cell recruitment and antitumor immunity. Because both PARP and CHK1 inhibitors are currently being evaluated in clinical trials for SCLC, the authors suggest that these results could be rapidly translated into the clinic. 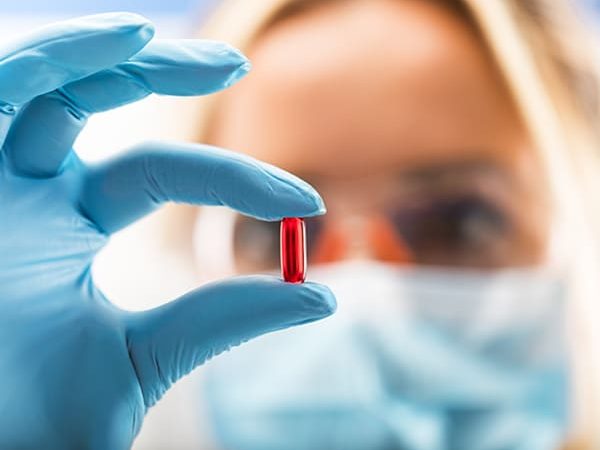