Over the past few months, several studies that tapped into the GENIE database were presented at various conferences. A Special Session at the AACR Annual Meeting 2019 featured results from two studies that utilized data from the GENIE registry to understand the natural history of breast cancer with certain genetic alterations; a presentation by a representative of the U.S. Food and Drug Administration (FDA), which discussed a framework for the incorporation of real-world evidence into the regulatory paradigm, was also featured. More recently, a presentation at the National Cancer Institute Childhood Cancer Data Initiative (CCDI) Symposium featured an analysis of data from more than 1,400 pediatric patients in the GENIE repository for clinical and genomic characteristics.

“We have an orphan, genomically defined population, [and] we have a therapy that appears to be potentially effective in that patient population, so what we don’t know is the natural history of that subpopulation,” Hyman said.

After censoring patients with mutant AKT1-positive breast cancers treated with an AKT inhibitor, the researchers found no significant difference in OS between the two cohorts. Both groups had similar treatment outcomes, although mutant AKT1 cases had statistically longer DOT with mTOR inhibitors and fulvestrant after a metastatic diagnosis. Following genomic enrichment analysis, Hyman noted that there were no unexpected genes with significantly different rates of mutation between the two groups.

“In summary, this project shows that the AACR Project GENIE can be used to successfully define the natural history of rare genomic subpopulations,” said Hyman. Sharing of clinical genomic data is an important step to move these types of projects forward in order to advance both the regulatory framework and treatment options for cancer patients, he added.

The next talk in this session was delivered by Monica Arnedos, MD, from the Gustave Roussy Cancer Campus in Villejuif, France, who spoke about “Natural history and clinical characteristics of ERBB2 mutant hormone receptor-positive breast cancers: results from the AACR project GENIE registry.”

Arnedos explained that activating ERBB2 mutations are rare, as they occur in only 1-2 percent of breast cancer cases. Previous data indicates that some breast cancers harboring these mutations are sensitive to the irreversible kinase inhibitor neratinib (Nerlynx). “Due to the rarity of these mutations, evaluation of the natural history of this disease requires large, multicenter series, hence the importance of the AACR-GENIE consortium,” said Arnedos.

Arnedos and colleagues interrogated the GENIE database near the date of its first public release to study patients with hormone receptor (HR)-positive, HER2-negative metastatic breast cancer with either wildtype ERBB2 or ERBB2 with a known oncogenic mutation. The primary endpoint of the study was OS following metastatic relapse, and secondary endpoints included differences in clinicopathological features, OS following primary disease diagnosis, and responses to each line of therapy, including time to progression (TTP) and objective response rate (ORR).

Similar to the previous study, wildtype controls were matched 2:1 to mutant ERBB2 cases. Samples were matched based on race, gender, birth year, and age at sequencing. No significant differences in OS following metastatic relapse or from date of primary diagnosis between the two cohorts were observed. Regardless of therapy type, no differences in ORR and TPP were seen with first- and second-line therapy between cases and controls. However, the researchers found that patients with mutant ERBB2 breast tumors had a significantly higher frequency of liver and bone metastases and lower frequency of lung metastases compared with wildtype controls.

When patients treated with neratinib were excluded, the researchers found that there was no difference in OS between patients with wildtype and mutant ERBB2. Patients with mutant ERBB2 breast cancer treated with neratinib had a non-significant trend toward improved OS. However, the median duration on neratinib treatment was around five months despite the fact that neratinib was typically administered late in the metastatic setting, noted Arnedos.

Arnedos concluded by noting that this is the largest study so far to describe the natural history of HR-positive, ERBB2-mutant population in breast cancer.

Incorporation of real-world evidence into the regulatory paradigm

The final presentation in this session, titled “Framework for FDA’s real-world evidence program,” was delivered by Rajeshwari Sridhara, PhD, director of the Division of Biometrics V, Center for Drug Evaluation and Research at the FDA.

“Under the 21st Century Cures Act passed in 2016, [the] FDA was directed to establish a program to …evaluate how real-world evidence may be used to support approval of supplemental indication for a drug that is already approved for another indication, and whether real-world evidence can support post-approval study requirements,” said Sridhara. The framework, published in December 2018, details how the FDA plans to implement this multifaceted program.

Real-world evidence (RWE) is derived from real-world data (RWD). Sridhara defined RWD as “data relating to patient health status and/or the delivery of health care routinely collected from a variety of sources,” while RWE was defined as “the clinical evidence regarding the usage and potential benefits or risks of a medical product derived from analysis of RWD.”

Sridhara noted that historical control arms must be of an adequate size, be appropriately selected, and have a pre-specified analysis, among other factors, in order for them to be utilized by the FDA. To illustrate this point, Sridhara recounted the supplemental approval of blinatumomab (Blincyto) for the treatment of patients with B-cell acute lymphoblastic leukemia (B-cell ALL); this approval was based on the results of a single-arm study with historical data submitted as supporting results. She noted that there were, however, some limitations to the analyses based on the data from the historical control arm.

Sridhara said that, in general, supporting single-arm trials with historical controls is appropriate only in special circumstances. “The selection of patients and the analysis plan should be prespecified, and assessment of limitations in the historical data is necessary,” she said. “RWE remains a top FDA priority, and [the] FDA is committed to understand its full potential, which can be achieved only with a multi-stakeholder effort,” she concluded.

A paper recently published in Clinical Cancer Research describes a method to design an “externally controlled” trial (ECT), which incorporates RWD and data from prior trials. The ECT design was evaluated by comparing the control arm of prior studies with an external control arm, which was built using clinical data and RWD from patients with glioblastoma (GBM) treated with the current standard of care. Data suggested that ECTs could provide an alternative to standard single arm trials, and that in GBM, it could significantly reduce the current false-positive rates of single arm phase II trials.

The CCDI Symposium, which focuses on methods to enhance pediatric data collection and maximize the utilization of such data, was held recently in Washington, D.C.; nearly 100 posters were accepted for presentation.

In a poster presented at the symposium, data from the AACR Project GENIE database were used to categorize and evaluate pediatric cancer samples. Among the 1,487 cancer samples derived from 1,410 patients aged 18 years or younger, the most common cancer types were neuroblastoma (174 patients), osteosarcoma (63 patients), B-cell ALL (63 patients), medulloblastoma (53 patients), and Ewing sarcoma (48 patients). Among samples that were sequenced for patients 25 years or younger, the most commonly altered genes were TP53, KMT2D, NF1, BRAF, CDKN2A/B, MYCN, CDKN1B, and CCND3. The authors note that a pilot project to match genomic data from GENIE with treatment outcomes is currently underway.

The utilization of shared genomic data for rare cancers for which real-world data is scarce, including pediatric cancers, can help to empower clinical and translational research, validate biomarkers, and facilitate the identification of new and existing drugs for the treatment of cancers, which will ultimately reduce our cancer burden.

Editor’s note: There will be a special pathway for submitting abstracts for studies utilizing the GENIE registry for the AACR Annual Meeting 2020. Further information will be available later this fall. 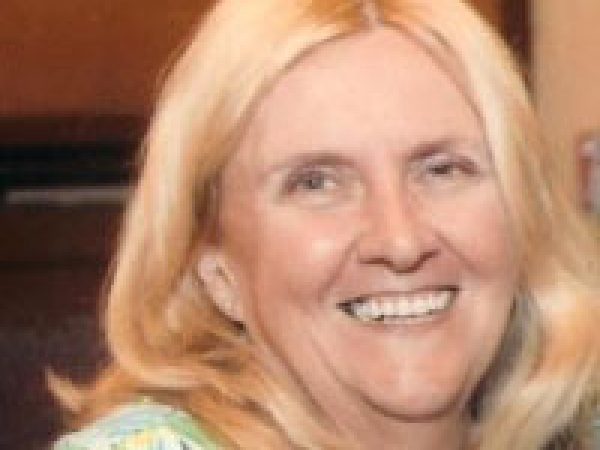