The use of immunotherapy in the treatment of cancer has dramatically increased in the five years since the U.S. Food and Drug Administration (FDA) first approved the groundbreaking immunotherapeutic pembrolizumab (Keytruda). Since that September 2014 approval, for melanoma, pembrolizumab has been approved for use in the treatment of another 12 types of cancer, most recently endometrial cancer, and the treatment of any type of solid tumor that tests positive for either of two specific biomarkers, microsatellite instability–high or mismatch repair–deficient.

Pembrolizumab targets the protein PD-1. The natural function of PD-1 is to act as a brake on the function of immune cells called T cells. Some cancer cells exploit this natural function to prevent T cells from attacking and killing them. This occurs when a protein called PD-L1, which is present on the surface of some cancer cells, attaches to the protein PD-1 on the surface of T cells, slamming the brakes on the T cell’s natural cancer-fighting function.

By targeting PD-1, pembrolizumab prevents PD-L1 from attaching to and triggering the PD-1 brake. This frees the T cells to attach and kill the cancer cells.

Expanding the uses of pembrolizumab

Since pembrolizumab was first approved by the FDA for treating certain patients with metastatic melanoma in September 2014, use of the immunotherapeutic has expanded steadily as a result of FDA approvals for additional types of cancer. One of the most notable approvals was the May 2017 approval of pembrolizumab for treating certain adults and children who have unresectable or metastatic solid tumors found to be either microsatellite instability–high or mismatch repair–deficient. These biomarkers are found in cancers arising at several anatomic locations, including the colon, endometrium, stomach, and rectum.

On September 17, 2019, the FDA approved pembrolizumab for use in combination with the molecularly targeted therapeutic lenvatinib (Lenvima) for treating patients who have advanced endometrial cancer that is neither microsatellite instability–high nor mismatch repair–deficient and who have disease progression following prior systemic therapy but are not candidates for curative surgery or radiation.

The latest pembrolizumab approval was based on results from a phase Ib/II clinical trial that included 94 patients with advanced endometrial cancer that was neither microsatellite instability–high nor mismatch repair–deficient. According to the FDA statement, 10 of these patients had a complete response (10.6 percent) and 26 had a partial response (27.7 percent). At the time of the approval, the median duration of the response had not been reached.

The Australian and Canadian regulatory agencies approved pembrolizumab for endometrial cancer at the same time as the FDA as a result of a new FDA initiative called Project Orbis to increase collaboration among regulatory agencies in different countries. This is the first time that the FDA has collaborated in this way with international partners, but the agency hopes that future collaboration through this initiative will help patients with cancer around the world to receive earlier access to groundbreaking new treatments.

World Cancer Day and the AACR: Taking Aim at Disparities 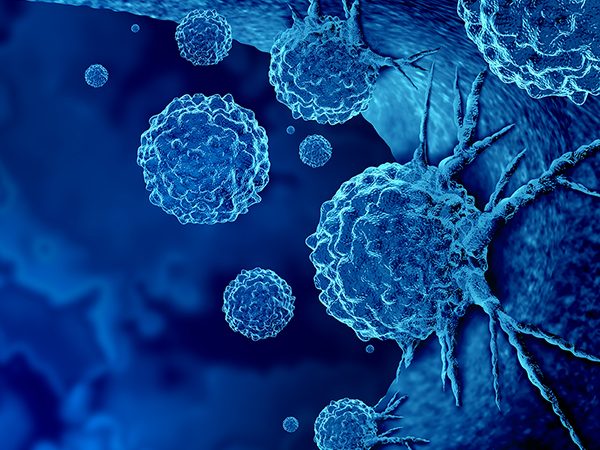