The inaugural Cancer Disparities Progress Report, published today by the American Association for Cancer Research (AACR), highlights the urgent need to reduce cancer health disparities and achieve health equity for all people, regardless of race, ethnicity, sexual orientation, socioeconomic status, or the communities in which they live.

“This inaugural and historic progress report will provide the world with a comprehensive baseline understanding of our progress toward recognizing and eliminating cancer health disparities from the standpoint of biological factors, clinical management, population science, public policy, and workforce diversity,” said John D. Carpten, PhD, chair of both the AACR Cancer Disparities Progress Report 2020 Steering Committee and the AACR Minorities in Cancer Research Council.

“Health disparities in general, and cancer health disparities in particular, are an enormous public health challenge,” said Margaret Foti, PhD, MD (hc), chief executive officer of the AACR, adding that confronting these disparities has been a high priority for the AACR for decades. The AACR presented the report to members of the U.S. Congress in a virtual briefing, which is available here.

While much work must be done to achieve equity in health care and throughout the cancer community, there has been some progress. Our report features cancer survivors from Black and Latino communities who have benefited from research-driven advances, including new drugs received through clinical trials. Several of the patients who shared their stories with the AACR now work in their communities to spread awareness about cancer. We are deeply inspired by their willingness to work toward progress, and we hope readers will be, too. You can read more about their experiences in the full report and in these video interviews.

When Ghecemy Lopez was diagnosed with triple-negative breast cancer at age 30, the movie of her life ran through her mind.

“All I could think about were the things that I had not done yet,” she remembers. “Would I have time to accomplish my goals?”

She has since accomplished things she couldn’t have foreseen back then. After successful treatment with surgery and chemotherapy, Lopez has devoted herself to improving the cancer treatment experience for countless patients, especially those for whom English is a second language. She is a patient lay navigator for the USC Norris Comprehensive Cancer Center, and has taken part in several advocacy programs and grant-review panels. She is working toward a doctorate in social work.

“It will help me pursue the new life goal I set after being diagnosed with breast cancer: to work to address the social issues that lead to gaps in health care,” she says.

Clinical trials have made a difference for Col. Gary Steele in his fight against two types of cancer. Steele was first diagnosed with prostate cancer in 2011. He underwent successful surgery, but his cancer recurred in 2013. That time, Steele underwent radiation and enrolled in two clinical trials. The first wasn’t effective, but the second, through which he takes bicalutamide once a day and intramuscular injections of leuprolide quarterly, has driven his prostate cancer to undetectable levels.

Since then, Steele has also been diagnosed with multiple myeloma, and takes lenalidomide (Revlimid) to control the disease. A friend of his took part in the clinical trial of lenalidomide, and Steele is mindful that patients like him and his friend play a powerful role in the testing and approval of lifesaving cancer treatments.

“I’m doing well, and I do what I can to pay it forward—participating in the clinical trial and talking to my family and friends about the importance of asking their doctor about prostate cancer screening,” he says.

Karen Peterson had already survived childhood cancer and a bout of breast cancer in 2015 when a second breast cancer diagnosis two years later galvanized her to advocate for herself and others.

“I realized that when I had first been diagnosed with breast cancer, I had simply accepted the advice of my oncologist. I decided that this time I had to become more educated and make informed decisions based on facts and science,” she says. For her, that meant seeking a second opinion, agreeing to genomic testing of her tumor, and seeking out an appropriate clinical trial.

Today, Peterson has no evidence of disease. She urges other African American women to advocate for themselves and to consider clinical trials. “We need to be willing to take a chance and to demand to be included, and researchers and oncologists must make an effort to bridge the gap and include African Americans in clinical trials,” she says.

It was so easy to avoid the doctor. For eight years, Tristana Vasquez experienced abdominal pain. But with work and family taking up much of her time, she never sought help until she went to the emergency room in severe pain one night in 2016. She was diagnosed with metastatic colorectal cancer—a rare diagnosis for a woman of 38, but one that is occurring more frequently in younger adults.

Vasquez’s cancer was initially treated with surgery, but within months, the cancer spread to her lungs. She underwent surgery again, followed by six cycles of chemotherapy.

Today, she is cancer-free, but struggles with fatigue and lingering pain. “One of the reasons I am sharing my story here is to increase awareness of the need for more research targeted to improving the quality of life for cancer survivors,” she says. She also works with Hispanic communities to increase awareness about colorectal cancer and the importance of screening.

In 2009, Alfred Johnson was diagnosed with “smoldering myeloma,” a precursor to multiple myeloma. For eight years, his physicians monitored his health. In 2017, a blood test showed that the smoldering myeloma appeared to be progressing, and a bone marrow biopsy confirmed that he had active disease and would need to begin treatment.

Johnson was initially treated with bortezomib (Velcade) injections and a steroid called dexamethasone. A few weeks later, lenalidomide (Revlimid) was added to his treatment. Once his cancer was well controlled, doctors discontinued bortezomib and dexamethasone. He’s now feeling well on a regimen of lenalidomide.

Johnson continues to work in his yard and enjoy time with his family, and he is grateful to his treatment team. “I have learned from them how important research has been to changing multiple myeloma from a very deadly disease to one that can be controlled by medication,” he says.

When Shirley Dilbert faced a second diagnosis of breast cancer, a series of problems with insurance left her feeling frightened and vulnerable. Reaching out to her community restored her faith and gave her the courage to proceed with her lifesaving medical treatment.

Through a coworker, Dilbert discovered Sisters Network Inc., a national organization focused on increasing breast cancer awareness among African American women, who are disproportionately affected by the disease. The advice and support she received from her growing network guided her through a lumpectomy in July 2016, followed by radiation. Today, she is cancer-free. She joined Sisters Network and now counsels other African American women.

“I love to play sports, dance, and work out,” she says. “My friends call me the ‘Energizer Bunny.’”

Fernando Whitehead was only 13 when he was diagnosed with acute lymphoblastic leukemia. After chemotherapy caused agonizing side effects and failed to control the disease, his doctor suggested that he could enroll in a clinical trial of a CAR T-cell therapy that is now known as tisagenlecleucel (Kymriah).

Fernando received the CAR T-cell therapy in December 2017. He has gone on to receive a bone marrow transplant in a continued fight against his disease.

Fernando’s mother, Natalie Whitehead, believes her son’s experience proves the value of equal access to high-quality medical care and treatments. “I feel that the treatment Fernando was able to get through the clinical trial should be available to everyone. I don’t think color, ethnicity, or money should be a factor,” she says. 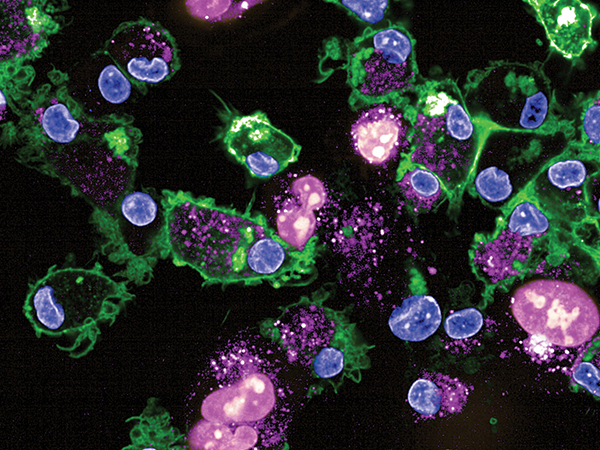 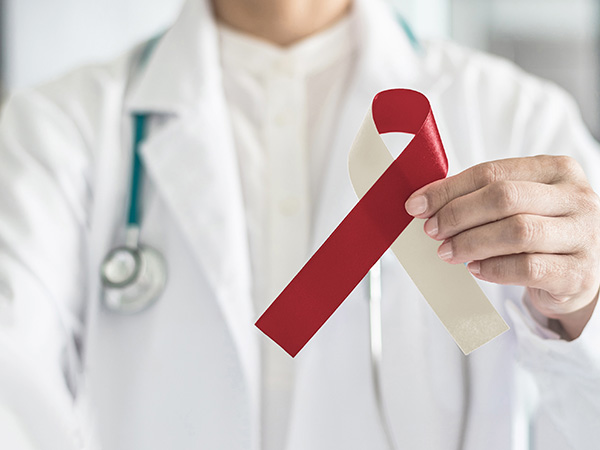