Home » Cancer Research Catalyst » AACR Virtual Meeting on COVID-19 and Cancer: “Lightspeed” Vaccine Development—How Did They Do It?

AACR Virtual Meeting on COVID-19 and Cancer: “Lightspeed” Vaccine Development—How Did They Do It?

On December 31, 2019, the first cases of “a pneumonia of unknown cause”—now known to be COVID-19—were reported in China, and the initial confirmed case in the United States was reported just weeks later.

Less than one year after this novel disease was first identified, a vaccine developed by Pfizer/BioNTech was shown to be protective against the SARS-CoV-2 virus, the etiologic agent of COVID-19, and received an emergency use authorization (EUA) in the U.S. Shortly after, a vaccine developed by Moderna was also authorized, and more vaccine authorizations are expected to follow.

“[The Pfizer/BioNTech vaccine] is the fastest vaccine against a novel pathogen developed and approved in medical history,” said Ugur Sahin, MD, founder and CEO of BioNTech, in a keynote address delivered at the AACR Virtual Meeting: COVID-19 and Cancer, held virtually Feb. 3-5.

How was this unprecedented feat accomplished? Presenters from the meeting discussed the scientific advances and regulatory adaptations that helped expedite vaccine development.

Both vaccines currently authorized in the U.S. use an mRNA-based platform to elicit a protective immune response against SARS-CoV-2. Sahin explained that the “lightspeed” COVID-19 mRNA vaccine project at Pfizer/BioNTech was made possible by the knowledge and on-demand manufacturing processes previously established by cancer research.

Studies spanning the last two decades have explored using mRNA vaccines as a form of cancer immunotherapy to target tumor-associated antigens, as mentioned in a recent article by the AACR COVID-19 and Cancer Task Force. More recently, the mRNA vaccine platform has also been examined as a way to promote expansion and persistence of chimeric antigen receptor (CAR) T cells for adoptive cell therapy.

According to Sahin, prior cancer immunotherapy and immunology studies helped optimize the stability, delivery, and translation of mRNA and provided valuable information on enhancing immunity in response to mRNA vaccines. Sahin explained that when his research group began working on mRNA vaccines 20 years ago, established mRNA vaccine vectors had relatively poor immunogenicity in vivo. Their research over the next two decades helped improve the potency of mRNA vaccines by optimizing antigen expression in dendritic cells, which are key regulators of adaptive immunity. This was accomplished by studying structural mRNA components and identifying their respective contributions to antigen expression and mRNA stability. In addition, Sahin and colleagues optimized the formulation of the vaccine to enable intravenous delivery and targeting to lymphoid dendritic cells, which was previously shown to elicit potent immunity.

Because the formulation, structure, and delivery of mRNA vaccine vectors had been previously optimized, Sahin and colleagues were able to quickly adapt existing mRNA vaccine technology to develop the Pfizer/BioNTech SARS-CoV-2 vaccine, which has been shown to be 95 percent effective in preventing COVID-19.

Similarly, the mRNA vaccine developed by Moderna was found to be 94.1 percent effective in preventing COVID-19, according to data presented at the meeting by Randall Hyer, MD, PhD, senior vice president of Global Medical Affairs at Moderna. Contrary to concerns that vaccination would lead to antibody-dependent enhancement of inflammation and increase the severity of COVID-19, the Moderna vaccine was found to be 100 percent effective in preventing severe disease, Hyer said. Additionally, most adverse reactions to the vaccine were mild to moderate and resolved within two days.

Hyer concluded that the Moderna vaccine “has the potential to address the SARS-CoV-2 pandemic.”

Looking ahead, both Sahin and Hyer noted that an important next step is to understand how effectively each of these vaccines protects against emerging SARS-CoV-2 variants. Current data indicate that the vaccines are protective against the variants first identified in the United Kingdom and in South Africa. Sahin added that it will also be important to study whether SARS-CoV-2 neutralizing antibodies could drive viral evolution and the emergence of novel variants.

Efforts by the U.S. Food and Drug Administration also helped facilitate the rapid development and authorization of COVID vaccines. As explained by Peter Marks, MD, PhD, director of the FDA’s Center for Biologics Evaluation and Research, employing EUA allowed the agency to avoid administrative hurdles associated with traditional licensing applications without compromising their standards for vaccine safety and efficacy.

The FDA also made it easier for developers to communicate with regulators during the early stages of development, provided guidance on clinical trial design and EUA applications, and—for the first time—established a primary endpoint goal of 50 percent vaccine efficacy in a placebo-controlled trial. By making the criteria for authorization clear early on, vaccine developers were able to design and execute clinical trials accordingly.

As part of the guidelines released last June, the FDA encouraged developers to enroll high-risk and diverse populations into their clinical trials, including people of different races/ethnicities, individuals over the age of 65 years, people with comorbidities, pregnant women, women of childbearing age, and children. The FDA required vaccine candidates to be at least 50 percent effective in placebo-controlled clinical trials and required clinical trial participants to be observed for a minimum median of two months after the final vaccine dose in order to capture safety data and confirm the minimum duration of protection. Safety surveillance is required to continue after authorization and vaccine deployment as well.

To further expedite the process, the FDA encouraged vaccine developers to integrate multiple clinical trial phases into a single trial (e.g. phase I/II, phase II/III, or phase I/II/III trials) to avoid delays that often occur between phases. In addition, many companies began manufacturing large quantities of their vaccine candidates at risk so that they would be readily available to distribute if ultimately shown to be effective.

While these efforts were critical to quickly study, review, and authorize vaccines for COVID-19, vaccines are only useful if enough people opt to receive them. Therefore, establishing public trust in vaccines has been another priority for the FDA, said Marks. To increase transparency in the vaccine review process, the FDA decided that any considerations for emergency use authorization or biologics license application would be reviewed by the Vaccines and Related Biological Products Advisory Committee (VRBPAC), a panel of external experts who provide non-binding recommendations to the FDA. All sessions of the VRBPAC have been open to the public.

“We at the FDA have worked to shorten vaccine development timelines without compromising our vaccine safety or efficacy standards,” Marks summarized. “We’ve done so, we believe, in what has a been a transparent manner, which will hopefully engender the kind of confidence we need in vaccines…so that ultimately we get on top of this pandemic.” 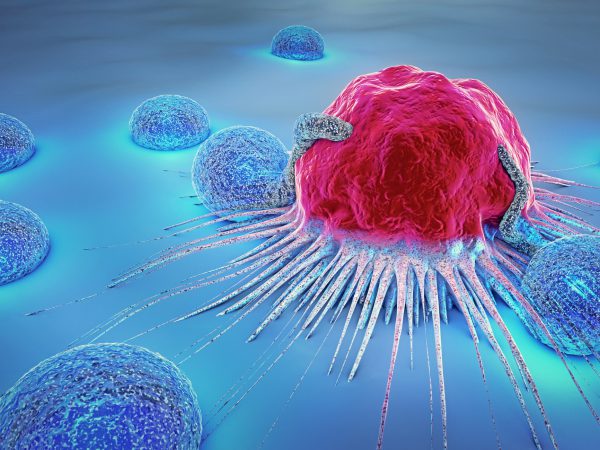 Dialing in the vaccine dose is important from the vaccine manufacturer’s perspective as production scales globally.