As we spring into a new month, it is once again time for our monthly staple of Editors’ Picks. For March, the editors of the nine AACR journals have chosen to highlight results from two phase I clinical trials, preclinical data on a novel T-cell therapy, and research into the impact of genetic ancestry on lung cancer. And just in time for Multiple Myeloma Awareness Month, one of the selected articles summarizes recommendations for increasing representation in multiple myeloma clinical trials. As always, each of the highlighted articles will be freely available online for a limited time.

Exposure to tobacco smoke increases the risk of squamous cell lung cancer (SCC). Animal models are crucial to understanding SCC pathogenesis, studying prevention, and developing and testing treatments. However, current mouse models of SCC do not incorporate tobacco exposure, are time-consuming to develop, and tend to form only a few tumors. In this study, researchers built upon an existing mouse model that induces carcinogenesis through prolonged topical application of N-nitrosotris-chloroethylurea (NTCU). Here, the authors increased the frequency of NTCU applications to twice weekly for four to five weeks, after which mice were exposed to either cigarette smoke or ambient air for an additional three to six weeks. Mice exposed to cigarette smoke developed significantly more premalignant lesions and had fewer alveolar macrophages present than mice exposed to ambient air. The authors conclude that this mouse model of SCC improves on existing animal models by incorporating tobacco smoke exposure, increasing the number of premalignant lesions, and reducing development time, compared with existing models. This study is featured on the cover of the March issue.

Chimeric antigen receptor (CAR) T-cell therapy has had limited success against solid tumors. Tumor cells from a variety of cancers abundantly express the extra domain B (EDB) splice variant of fibronectin. The EDB variant is not expressed on non-cancerous cells, making it a potential tumor-specific therapeutic target. In this study, researchers developed CAR T cells targeting EDB and tested the efficacy of these cells in preclinical models. They observed that EDB CAR T cells recognized and destroyed EDB-expressing cancer cells in vitro. EDB CAR T cells also had antitumor activity in subcutaneous and systemic solid tumor xenograft mouse models and led to increased survival when compared with untreated mice. Imaging and immunohistochemical studies revealed that EDB CAR T cells targeted endothelial cells of the tumor vasculature. The authors conclude that targeting tumor-specific splice variants with CAR T cells is a feasible strategy that could improve the efficacy of CAR T-cell therapy for solid tumors. This study is featured on the cover of the March issue.

Genomic instability is a common feature of cancer cells due to defects in DNA repair. Several human cancers overexpress proteins within the theta-mediated end joining (TMEJ) DNA repair pathway; however, the regulation of TMEJ and the functional significance of its dysregulation remain unclear. Using genomic databases, CRISPR/Cas9-mediated depletion, and protein overexpression in triple-negative breast cancer (TNBC) cell lines, the authors of this study found that the ZEB1 protein repressed the expression of the POLQ gene that encodes DNA polymerase theta (an enzyme required for TMEJ) by binding directly to its promoter. This led to prevention of TMEJ and substantial impact on genomic instability. Furthermore, POLQ downregulation led to micronuclei formation in TNBC cell lines. The authors conclude that ZEB1 modulates genome integrity in breast cancer cells by inhibiting POLQ expression and TMEJ activity. A related commentary can be found here.

Somatic mutations in lung cancers vary widely among various Latin American populations, but the influence of genetic factors remains unclear. Since many Latin Americans have varying degrees of Native American, European, and/or African ancestry, the observed variations in lung cancers across Latin America may be influenced by differences in genetic ancestry. In this study, the authors performed genomic analyses of 1,153 lung cancers from Mexico and Colombia, including 499 lung cancers from nonsmokers. Sequencing was performed on a panel of 547 cancer genes and 60 intronic regions—including all known lung cancer drivers—to identify genetic alterations. The authors found that Native American ancestry was inversely correlated with tumor mutation burden and with KRAS mutations but was positively correlated with mutations in EGFR and STK11. Furthermore, Native American ancestry was primarily associated with oncogenic driver mutations in EGFR but not with passenger mutations. The associations between Native American ancestry and EGFR mutations and between ancestry and tumor mutation burden were independent of smoking status. Single copy number alterations were not associated with ancestry for any of the sequenced genes. “These results suggest that germline genetics—in addition to environmental factors or socioeconomic status—may have an influence on the risk of EGFR-mutant lung cancer among those with Native American ancestry,” said senior author Matthew Meyerson, MD, PhD, in an AACR news release. This article was highlighted and was featured on the cover of the March issue. A related commentary can be found here.

Cancer is the second leading cause of death worldwide. Unfortunately, many cases are diagnosed only after the cancer has spread, when the prognosis is poor. Detecting cancer early through universal cancer screening may help reduce cancer-associated mortality. In this study, the authors used data from the Surveillance, Epidemiology, and End Results (SEER) program to model how incorporating a multi-cancer early detection (MCED) test in standard care could impact cancer diagnosis and mortality. Their model predicted that inclusion of a MCED test would intercept 485 cancers annually per 100,000 individuals. In addition, they predicted that late-stage incidence would be reduced by 78 percent in the intercepted cancers, leading to a 39 percent decrease in five-year cancer mortality among intercepted cancers. This would lead to a 26 percent absolute reduction in mortality among all cancer cases, according to their model. The authors propose that adding a MCED test to usual care could substantially reduce cancer mortality. This article was highlighted in the March issue.

Accumulating evidence suggests that erythropoietin and erythroid cells may contribute to cancer cell viability, proliferation, metastasis, immune evasion, and resistance to therapy. Using mouse models, the authors of this study found that tumor-promoting environmental stress and tumor-induced changes to blood flow led to erythropoietin production by the kidneys and erythropoietin-dependent expansion of erythroid cells in the spleen. The erythroid cells produced under these conditions had characteristics representing an immature erythroid phenotype—including expression of the CD71 and TER119 cell surface markers, retention of intact nuclei, and expression of immune checkpoint genes—similar to what has been observed in human and mouse tumor tissues. The authors also found that antibody-mediated erythropoietin blockade reduced both erythroid cell expansion and tumor growth. Together, the results suggest that tumor-induced erythropoietin production induces the expansion of erythroid cells expressing immunosuppressing proteins, and that this process may be a potential therapeutic target. This study was highlighted in the March issue.

Phase I Study of Everolimus, Letrozole, and Trastuzumab in Patients with Hormone Receptor−positive Metastatic Breast Cancer or Other Solid Tumors

Approximately 10 percent of all breast cancers have overexpression of the human epidermal growth factor receptor 2 (HER2) and expression of hormone receptors (HR). Such breast cancers may be treated with HER2-targeted and/or hormone therapies; however, most metastatic breast cancers ultimately progress. Resistance to HER2-targeted and hormone therapies is mediated, in part, by activation of the PI3K/AKT/mTOR pathway. In this phase I clinical trial, researchers evaluated the efficacy of triple therapy with the PI3K inhibitor everolimus, the hormone therapy letrozole, and the HER2-targeted therapy trastuzumab. The trial included 26 patients with treatment-refractory advanced breast cancers positive for HR and HER2 and six patients with other cancer types that were positive for HR and HER2. Patients received daily oral everolimus, daily oral letrozole, and intravenous trastuzumab every 21 days. The most frequent treatment-related adverse events (grade 3 or higher) were hyperglycemia, anemia, thrombocytopenia, and mucositis. The recommended phase II doses were determined to be 10 mg daily everolimus, 2.5 mg daily letrozole, and 8 mg/kg trastuzumab for the first cycle and 6 mg/kg trastuzumab for all subsequent cycles. Partial responses were observed in five patients with breast cancer. HER2 amplification in baseline circulating cell-free DNA was associated with shorter progression-free and overall survival. The authors conclude that triple therapy with everolimus, letrozole, and trastuzumab was well tolerated and showed signs of clinical efficacy. This article was highlighted in the March issue.

Tumors exploit the indoleamine 2,3-dioxygenase 1 (IDO1) pathway, which generates the immunosuppressive chemical kynurenine, suppressing T-cell proliferation and allowing tumors to evade the immune system. Inhibition of the IDO1 pathway may, therefore, improve outcomes for patients with cancer. In this study, the authors assessed the activity and pharmokinetics of linrodostat mesylate, an oral inhibitor of IDO1. They found that lindrodostat had potent and selective activity both in vitro and in vivo, as it led to decreased kynurenine production in IDO1-expressing cells and in tumor xenograft models without impacting the activity of other similar enzymes. Lindrodostat treatment also restored T-cell proliferation in a co-culture experiment. In addition, lindrodostat was found to have high oral bioavailability in preclinical models and low to moderate clearance. The authors conclude that lindrodostat selectively and potently inhibits IDO1 to block immunosuppressive mechanisms and has favorable pharmokinetic and pharmodynamic characteristics. This article was highlighted in the March issue.

Osimertinib, a tyrosine kinase inhibitor targeting the epidermal growth factor receptor (EGFR), is used to treat some patients with EGFR-mutant non-small cell lung cancers (NSCLC); however, resistance to this therapy develops in most patients. In preclinical models of NSCLC, combination treatment with osimertinib and navitoclax, a BCL-2 inhibitor, synergistically increased cancer cell death, leading researchers to evaluate the efficacy of this therapy in patients. Here, researchers conducted a phase I clinical trial to evaluate the safety and feasibility of osimertinib plus navitoclax for NSCLC. The study enrolled 27 patients with previously treated, EGFR-mutated advanced NSCLC that had progressed on prior tyrosine kinase inhibitor treatment. The most common adverse events included lymphopenia, fatigue, nausea, and thrombocytopenia. The recommended phase II doses were determined to be 80 mg of osimertinib and 150 mg of navitoclax. Objective responses were observed in all nine patients of the dose expansion cohort, and the median progression-free survival was 16.8 months. Early-onset thrombocytopenia indicated a proapoptotic effect from navitoclax. The authors conclude that osimertinib in combination with navitoclax is well tolerated and may have therapeutic potential for patients with EGFR-mutated NSCLC. This article was highlighted in the March issue.

Recommendations on Eliminating Racial Disparities in Multiple Myeloma Therapies: A Step toward Achieving Equity in Healthcare

Although African Americans have the highest incidence and mortality rates for multiple myeloma, they are underrepresented in clinical trials for multiple myeloma treatments. Clinical trials, therefore, may not appropriately characterize the safety and efficacy of treatments in African American patients due to genetic differences that may exist between their tumors and those of white patients. Last year, the U.S. Food and Drug Administration partnered with the AACR to conduct the Workshop to Examine Underrepresentation of African Americans in Multiple Myeloma Clinical Trials. Working groups comprised of physicians, researchers, patients, and other stakeholders issued recommendations aimed at increasing representation in clinical trials. These recommendations included broadening eligibility criteria, selecting clinical trial sites to reach diverse populations, encompassing disease subtypes and features most commonly seen in African Americans, developing a diversity study plan, and appointing diversity officers. In cases where a representative randomized clinical trial cannot be conducted, real-world data may serve as a suitable alternative to assess safety and efficacy to lay the groundwork for future clinical trials. The authors of this article suggest that actions such as these may help address disparities in multiple myeloma. This workshop was discussed in other posts on this blog, which can be found here and here. 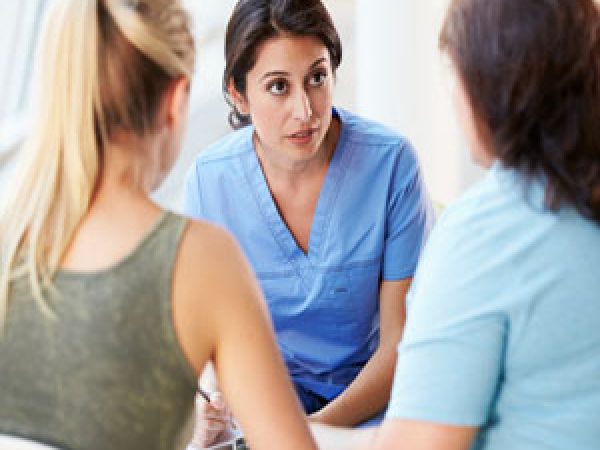 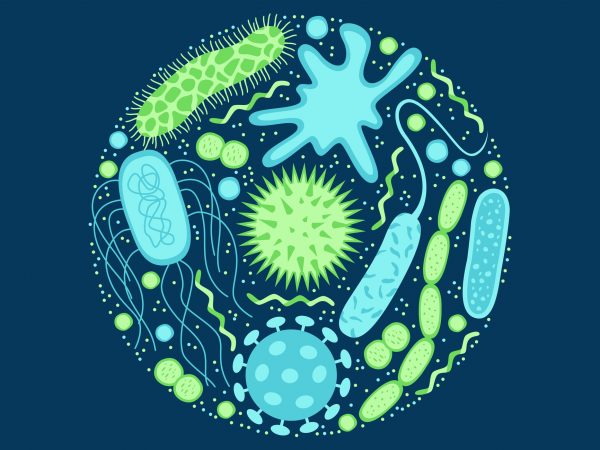