In recent months, Asians in America have been targets of increasing numbers of verbal insults and physical attacks. While the current escalation in anti-Asian crimes is often attributed to the coronavirus pandemic, certain biases have longer histories, with damaging effects on the large, diverse Asian American population.

This week, Cancer Epidemiology, Biomarkers & Prevention, a journal of the American Association for Cancer Research (AACR) published a paper titled “Anti-Asian American Racism: A Wake-up Call for Population-Based Cancer Research.” In the paper, authors Edward Christopher Dee, a research fellow at Dana-Farber Cancer Institute, and Scarlett Lin Gomez, MPH, PhD, an epidemiologist with the Helen Diller Family Comprehensive Cancer Center at the University of California, San Francisco, chart the historical course of anti-Asian bias and examine how Asian Americans could be better served through an improved understanding of how cancer affects this population.

Dee shared some of his personal experience as an immigrant and as a medical student with Cancer Research Catalyst. “Anti-Asian hate crimes in America are a painful reminder that racism is alive and exerts insidious effects on the health of our patients. These events echo historical injustices and demonstrate that there is still a long way to go,” he writes. We are grateful to Dee for sharing his perspective.

“Don’t stay out too late and always stay in lighted areas,” my dad warned me as I walked home from work one day. “Mag-ingat ka dyan,” he added, cautioning me to be careful. My father was worrying about my safety from half a world away, calling me in Manhattan from Manila. My dad concluded: “Speak in English while on the phone with me and your mom,” implying that answering him in Filipino could put me in physical danger.

My dad was worried for my safety in light of the increasingly frequent hate crimes targeting Asian Americans. In the wake of the COVID-19 pandemic, Asian Americans have been subjected to rising overt discrimination and violence, including physical assaults disproportionately targeting women and the elderly. Recent examples include an 89-year-old Chinese-American woman in New York City set on fire by teenagers; an 84-year-old Thai-American man who died in San Francisco after being shoved to the ground; and the March 2021 murders of eight people in Atlanta, including six Asian American women.

Racism toward Asian Americans and Asians in America traces its roots to the link between colonialism and race, when 16th century sailors traveling onboard Spanish galleon ships arrived from the Philippines, then called the Spanish East Indies, and settled in Morro Bay, California. Racism toward Asian Americans and Asians in America was enacted into policies discriminating against immigrants during the California Gold Rush of the 1850s, exemplified in the Foreign Miners’ Tax of 1850 (which applied to Chinese and Latino but not European miners), the Page Act of 1875 (which banned the immigration of Chinese women), and the Chinese Exclusion Act of 1882 (which barred immigration of Chinese laborers). These experiences were mirrored in the 20th century, when ongoing perception of Asian Americans as “the yellow peril” and “perpetual foreigner” culminated in the internment of Japanese Americans after the bombing of Pearl Harbor. The rise in anti-Asian hate in America in the 2020s is simply the most recent iteration of centuries-old discrimination.

I grew up in the Philippines but have spent most of my adult life and have undertaken all my higher education and medical training in the United States. The experience of being part of a minority community when I moved to the U.S. for school was new to me. While I made an effort to retrain my accent to fit in, for the most part, I have been surrounded by friends and institutions that welcome diversity. In medical training, however, I came face to face with the dangerous effects of structural racism on the health of my patients. Mentors who have worked hard to identify and mitigate health disparities, friends who share their own insights, and patients whose experiences of illness are tied so intimately with their race—these people and their stories have demonstrated resoundingly that racism harms health.

Research has made clear the toll that racism takes on Black and Brown people in America. I was surprised, and saddened, to see how disparities in health, with complex roots in slavery, history, housing, and socioeconomics, echoed the disparities faced by the poor I witnessed growing up in the Philippines. In America, the injustices endured by Black and brown communities cannot be understated.

Racism against Asian Americans is often disguised under the façade of the “model minority,” the conception that Asian Americans are uniformly and systematically self-sufficient and collectively achieve high levels of prosperity and health. This idea is harmful because the misconception overlooks the unique health needs and barriers faced by Asian American communities and ignores the diversity of Asian cultures, languages, and histories, as well as risk factors, disease epidemiology, and health care barriers. The model minority myth misses the fact that some of the greatest within-group inequities exist amongst Asian Americans. For example, in 2016, Asian Americans at the 90th percentile of income earned over 10 times more than Asian Americans at the bottom 10th percentile, with similar disparities in educational attainment. These disparities are complex in origin, with roots in colonialism, subsequent global disparities amongst Asian nations, immigration histories in the US, and structural barriers faced by immigrants.

As a cancer researcher and future radiation oncologist, I sought to learn more about how cancer disparities impact Asian Americans. It was surprising to learn, for example, that Asian Americans are the only racial group in America for whom cancer is the leading cause of death. Despite this, there is a dearth of funding from the National Cancer Institute and the National Institutes of Health for research focusing on cancer and health in general in Asian Americans. Although much headway has been made in identifying cancer disparities in access to screening, treatment, and outcomes amongst Asian Americans, much more needs to be done to understand the mechanisms behind these disparities; a greater understanding of the mechanisms may also present opportunities for prevention, early detection, and intervention.

From my vantage point as a trainee, I was heartened to learn that key voices in the field, including thought leaders who eventually served as mentors for our recent publication in Cancer Epidemiology, Biomarkers & Prevention, Scarlett Lin Gomez, MPH, PhD, and Prof. Iona Cheng, MPH, PhD, are working hard to undo the effects of myth of the model minority and improve our understanding of the experience of cancer amongst Asian Americans, across the cancer continuum. Research like this does justice to the individuality of people’s experiences of cancer, and highlight that we should not pathologize race, but racism.

Anti-Asian hate crimes in America are a painful reminder that racism is alive and exerts insidious effects on the health of our patients. These events echo historical injustices and demonstrate that there is still a long way to go. In cancer research and clinical oncology, there is a need to quantify and understand, but more importantly, to address cancer disparities amongst Asian Americans. We also call on allies of Asian American communities who do not necessarily identify as Asian Americans to conduct cancer research that carefully considers racism in medicine and that contributes towards anti-racist advocacy within oncology. The rise of hate crimes due to the pandemic should serve as a wake-up call to the cancer research community to work to light the way. 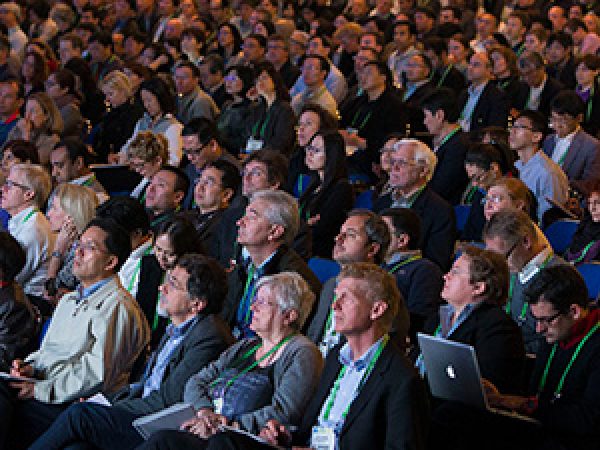