Many things come to mind at the mention of New Orleans-jazz, Cajun food, po’ boys, and French-inspired houses with ornate wrought-iron railings. But the Crescent City is located in Louisiana, a state with some of the highest cancer incidence-a trend most pronounced among its African-American residents. In addition, people from all races who live in the state appear to have higher mortality rates from cancer.

As part of its ongoing efforts to take science from the lab to real-life applications, the American Association for Cancer Research (AACR) invited members of the community to hear and talk with researchers about cancer. The exchange highlighted prevention, clinical trials, and immunotherapy, and featured local researchers and experts from other parts of the country attending the AACR Annual Meeting 2016 in New Orleans.

Reasons for disparities in cancer incidence and care in Louisiana are varied. Ochoa noted higher incidences of colorectal cancer in east New Orleans and among Cajun men as examples of populations hit harder by certain cancer types. Lifestyle factors, including diet, alcohol use, and smoking, also play a role in cancer incidence, panelists noted.

In many cases, disparities in cancer care come down to money. Gynecologic oncologist William “Rusty” Robinson III, MD, the Maxwell E. Lapham Professor of Gynecologic Oncology and section chief of gynecological oncology at Tulane Cancer Center in New Orleans, noted that he struggles to find ways to help patients pay for cancer care they need but can’t afford.

“There is problem with access to care in the community and the state as a whole,” Robinson said. He noted the significant barrier created when Louisiana did not join Medicaid expansion under the Affordable Care Act. “So we have a significant population who has no insurance whatsoever,” he said.

Twenty percent of the population of Louisiana is living at or below the poverty level, and another estimated 20 percent may be above the poverty level and have jobs but still struggle to pay for basic necessities, said public health expert Donna Williams, MD, DrPH, director of the Louisiana Cancer Prevention and Control Programs and an associate professor in Behavioral and Community Health Sciences at LSUHSC School of Public Health. “Health is at the bottom,” when taking off work for a doctor’s appointment may mean not having money to pay rent or to feed your kids, she says.

Efforts are underway to curb high cancer rates, panelists said. For example, in April 2015, New Orleans banned smoking in public places, including in bars and restaurants-despite some opponents of the legislation who argued that a smoking ban would hurt tourism. Louisiana Campaign for Tobacco-Free Living, another organization affiliated with the LCRC, spearheaded this effort.

Researchers on the panel also discussed measures such as easier and less expensive alternatives to colonoscopy for colorectal cancer screening like the fecal immunochemical test (FIT), and urged parents to be sure their children receive all three recommended doses of the human papillomavirus (HPV) vaccine to help prevent cervical cancer and head and neck cancer.

The panelists highlighted the importance of communicating progress in cancer prevention, treatment, and research to patients.

“A lot of the progress hasn’t trickled down so that it matters. What is all that we do, this great science, if it doesn’t trickle down to the folks who need it the most'” asked Daniel Sarpong, PhD, endowed chair and director of the Center for Minority Health and Health Disparities Research and Education at Xavier University of Louisiana.

That is the spirit behind the community education forums hosted by the AACR, said breast cancer researcher Nancy Davidson, MD, President of the AACR and director of the University of Pittsburgh Cancer Institute, who opened the event and moderated the discussions. “We wanted to take this as an opportunity to partner with you to think about what’s going on in cancer research,” she said to the audience. 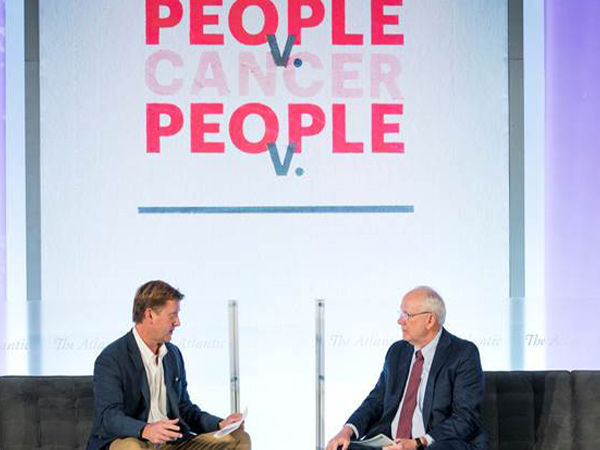 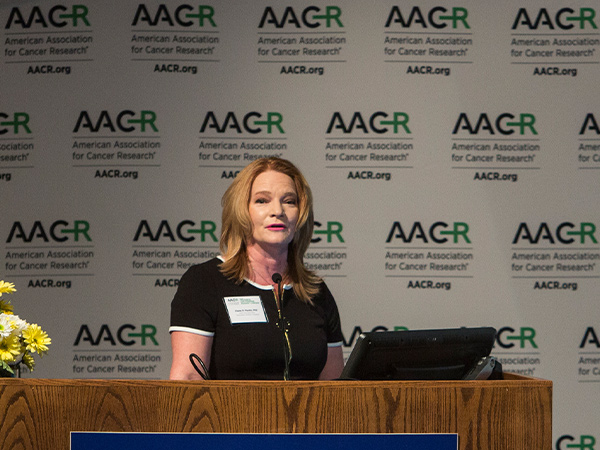 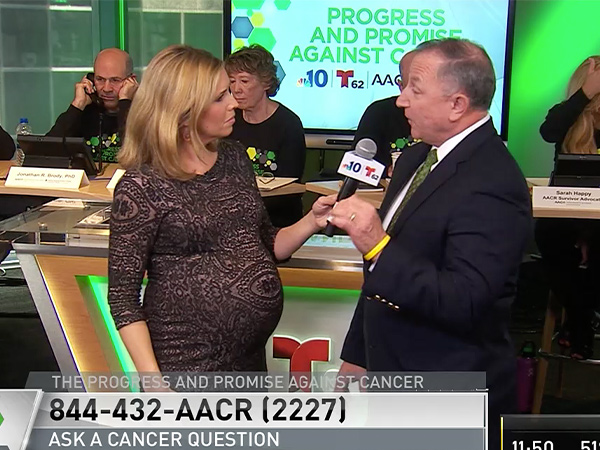