If you are looking for a one-stop shop to catch up on recent advancements in nearly every aspect of cancer drug development and molecular target selection, the AACR-NCI-EORTC International Conference on Molecular Targets and Cancer Therapeutics to be held in Boston, Nov. 5-9, is the place to be. Hosted by three top-tier cancer organizations—the American Association for Cancer Research (AACR), the National Cancer Institute (NCI), and the European Organisation for Research and Treatment of Cancer (EORTC)—this year’s conference will bring together about 3,000 academics, scientists, and pharmaceutical industry representatives from across the globe to share data, learn about the most up-to-date advances, and explore new collaborations.

Conference Co-chair Levi Garraway, MD, PhD, associate professor of medicine at Dana-Farber Cancer Institute, tells us what we can expect at this year’s meeting. Nearly 3,000 scientists will convene in Boston later this week for the AACR-NCI-EORTC International Conference on Molecular Targets and Cancer Therapeutics.

What is the scope of the conference and what role does the AACR play in providing this platform for the various stakeholders?

The AACR-NCI-EORTC International Conference on Molecular Targets and Cancer Therapeutics covers the latest basic and translational science around many cancer targets of interest to the field. Several molecularly-based cancer therapeutics and associated biology are being presented here at the meeting for the first time. This includes presentations of early clinical trial data.

The conference venue alternates every year between the United States and Europe, and when it is held in the United States, the AACR, a strong brand amongst cancer researchers, plays a major convening role—building the scientific organizing committee, developing an impactful program, inviting guest speakers, and making this conference a must-attend event. I would say that aside from the AACR Annual Meeting, which happens in April, this meeting is probably one of the biggest meetings the organization hosts. Can you tell us about some of the exciting new studies to be discussed this year?

We have several late-breaking talks that include new clinical data from interesting targeted therapies, some of which have not been tested in humans before. Presentations include phase I trial data of a selective mutant IDH1 inhibitor, AG-120, tested in patients with advanced IDH1-mutant solid tumors, including glioma; data from a phase I clinical trial testing BGB-290, a PARP1/2 inhibitor; and data from investigators developing personalized, neoantigen-based cancer vaccines.

We have several late-breaking talks that include new clinical data from interesting targeted therapies, some of which have not been tested in humans before.

There are also a range of sessions around resistance to targeted therapies, as well as updates on monitoring of treatment responses and relapses using state-of-the-art technologies. For example, there will be talks that describe single-cell and liquid-biopsy technologies as emerging measures to evaluate tumor cell states and therapy outcomes. There are talks on various systems biology approaches to studying how cell-signaling networks change in tumors and with response to treatment.

Overall, I think that there will be many “hot” topics discussed that cover various aspects of cancer therapeutics. The meeting content should therefore be of interest to a broad audience.

Are there any first-in-class drugs in development being discussed?

Yes. There are several presentations of first-in-class drugs being tested in clinical trials. For example, I mentioned the new IDH1 inhibitor, AG-102. Mutations in the genes for the metabolic enzymes IDH1 and IDH2 produce a metabolite called 2-hydroxyglutarate, which drives certain types of cancers. Data from clinical trials that tested the IDH2 inhibitor AG-221 in patients with advanced blood cancers have been presented before, but this will be the first presentation of an IDH1 inhibitor tested in patients with advanced solid tumors positive for mutant IDH1.

On the preclinical side, we have an entire session on targeting RAS. RAS was the first human oncogene to be discovered, and it is mutated in—and a driver of—a large percentage of human cancers, including almost all pancreatic cancers, and approximately 30 percent each of lung and colorectal cancers. RAS is therefore a highly prevalent oncoprotein, but no one has ever really figured out a way to develop a drug that would inhibit RAS. It is a “slippery, greasy” protein, so it has been hard to find chemicals that can bind the RAS protein in a manner that inhibits its function. RAS has often been considered the “holy grail” of cancer therapeutics, because if we could develop a drug to inhibit RAS, we might expect to have a major impact in cancer treatment.

In recent years, new ideas have arisen about how to target RAS, including some interesting papers suggesting that it might be possible to use small molecules to inhibit RAS function. As a result, “drugging” RAS has become an active area of investigation. Several world leaders of efforts to develop small molecules that target RAS will be speaking in that session. This will be a very exciting session—I am looking forward to it.

What areas of research on resistance to targeted therapies are being discussed at this meeting?

What is the scope for personalizing immunotherapy?

At this point, unlike targeted therapy, we are not quite as far along in predicting who will respond and who will not respond to the different types of immunotherapies. There are some biological features that are emerging, and we expect to hear to some interesting updates on the molecular basis of response. That’s certainly something we anticipate in the immunotherapy sessions. Obviously, if we could elicit greater insights into the molecular characteristics of responders and non-responders, we would be in a much better position to stratify patients, particularly for the immunotherapy combination regimens that are now emerging. We recently had the first immunotherapy combination approved by the FDA to treat melanoma, but the combination is often much more toxic than single agents. An immune checkpoint inhibitor (accompanied by a diagnostic test for PD-L1 expression) was also approved by the FDA recently for squamous lung cancer patients. Having a molecular basis to predict response and enrich for those patients most likely to respond across tumor types will be an important next step with immunotherapies.

Are there presentations about combining targeted therapies with immunotherapies?

It is becoming very clear that durable control of cancer is going to require combinations, either of targeted therapy or immunotherapy or both. So this is something that’s of great interest. There are several studies ongoing that are testing such combinations. For example, some teams are combining RAF and MEK inhibitors with immune checkpoint inhibitors, particularly anti-PD1 therapies, such as pembrolizumab. Some oncologists are effectively trying such approaches “off-label,” since both targeted therapies and immunotherapies are FDA-approved for melanoma. One hypothesis is that giving targeted therapy first followed by immunotherapy could potentially release the antigens masked by the tumor cells that the immune system can recognize.

Another concept is to use targeted therapy to shrink the tumor and then treat it with immunotherapy to increase the durability of the responses; however, this idea is still at a relatively early stage of clinical evaluation. We will definitely be hearing from scientists who have either been doing preclinical studies along these lines or have been testing them in early clinical trials, and hopefully we will get a flavor of what the outlook is for these approaches.

What are the potential areas to watch for, moving forward?

We are going to see early clinical data emerging from a whole variety of new immunotherapy drugs in the future. There are antibodies targeting other immune checkpoint-related molecules besides CTLA-4 and PD1/PD-L1, such as LAG3, TIM3, and TIGIT, which are of interest therapeutically. Then there are STING agonists, which may draw immune cells into the tumor. And then there are other small molecules that inhibit different types of proteins that regulate immune responses, such as IDO.

So, I would say, looking forward, I would expect to see a significant proliferation of data emerging on immunotherapy drugs that might come out of next year’s Molecular Targets meeting or even as early as the AACR Annual Meeting 2016.

There are major tumor types in which we have not been able to make the kind of inroads with immunotherapy that we would’ve liked. Microsatellite-stable colorectal cancers and prostate cancer, for example, seem to be largely refractory to the immunotherapies that are currently available to us. In breast cancer, there are hints that some triple-negative tumors may be responsive to immunotherapy. But the ER/PR-positive and HER2-positive breast cancers, which constitute the vast majority of breast cancers, do not seem to be especially responsive to immunotherapies, particularly when in advanced stages.

Looking forward, I would expect to see a significant proliferation of data emerging on immunotherapy drugs that might come out of next year’s Molecular Targets meeting or even as early as the AACR Annual Meeting 2016.

So there’s clearly a lot of work to do in figuring out how to turn the nonresponsive tumor types, which are still the lion’s share of cancer burden, into tumors that are responsive to immunotherapies and/or combinations.

Furthermore, there is a lot more work to do to understand intrinsic and acquired resistance to immunotherapies. Some patients who respond to immunotherapy initially have disease progression eventually. We will be hearing more about them going forward. And, hopefully, learning about the underlying tumor biology will teach us how to keep recurrences at bay once a response has been achieved.

Clearly, there is a lot of excitement in the field. And yet, there is so much more to do.

What hope does this conference bring to cancer patients?

The presentations planned for this meeting discuss advances in therapies that have the potential to directly improve the lives of cancer patients. Specifically, these newer treatments may augment the survival of patients with many types of cancer and may also improve their quality of life. Today, we have more and more patients with advanced cancer who have lengthy survival, often measured in years. The advances we are witnessing will hopefully accelerate the advent of many additional treatment options in the future. 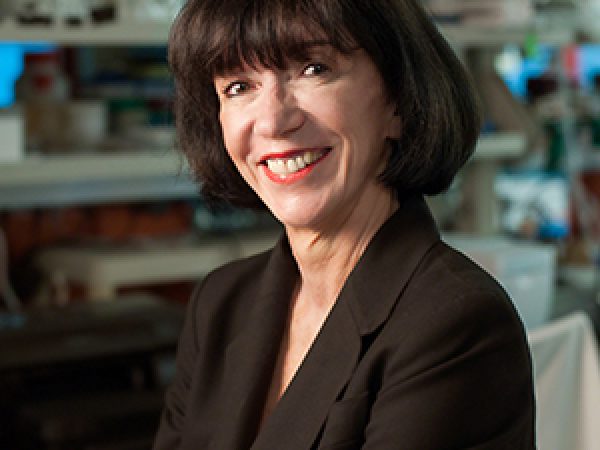