Game-changing modern cancer therapies—immunotherapies and targeted therapies, among others—have been providing promising treatment outcomes in the recent years. The outcomes with immunotherapies, in particular, are so compelling that cancer clinicians are starting to use the “C” word—cure, that is—while sharing their experiences dealing with patients who have advanced cancers. What is even more exciting is the idea of combining these therapies based on our increasing understanding of the various types of cancer, which is likely to steer the field in a direction that promises even better outcomes.

At the AACR Annual Meeting 2015, we have come to learn something important. Clinicians and researchers are not just talking the talk: There were numerous presentations of clinical trials at various stages of progress that are testing the potential of rational combinations of immunotherapies and targeted therapies, as well as combinations of these modern therapies with the traditional pillars of cancer treatment, such as chemotherapy and hormone therapies.

In this post, I discuss some of the presentations that evaluated the promise of combining immunotherapies for advanced melanoma. In subsequent posts, I will discuss some of the many studies presented at the AACR Annual Meeting that hold promise for other rational combination therapies.

Immune checkpoint inhibitors, such as anti-CTLA4 antibodies and anti-PD-1 antibodies, are a class of immunotherapy drugs that work by releasing the brakes on cancer-fighting immune cells called T cells. Releasing the brakes enables the T cells to attack and destroy cancer cells. Dr. Stephen Hodi presents his data during a press conference at the AACR Annual Meeting 2015.

In a phase II clinical trial, investigators tested a combination of the anti-CTLA4-antibody ipilimumab (Yervoy), a drug that is approved by the U.S. Food and Drug Administration (FDA) as first-line therapy for patients with melanoma, and the anti-PD-1 antibody nivolumab (Opdivo), which was approved by the FDA as second-line therapy to treat advanced melanoma that no longer responds to standard-of-care treatments. The trial tested giving these two therapies simultaneously to patients with advanced melanoma who had received no prior treatment and found that this combination yielded better treatment responses than giving ipilimumab alone.

Given that about half of all patients with advanced melanoma have tumors that harbor alterations in the gene BRAF, the investigators of this trial analyzed outcomes among those with and without BRAF mutations. Among patients without BRAF mutations, the overall response rate for those who received the combination was 60 percent, compared with those who received ipilimumab alone (11 percent). Even among those with BRAF mutations, the combination therapy yielded better responses compared with ipilimimab alone, suggesting that this combination therapy is beneficial to a large population of patients with this disease.

Treatment-related adverse events were reported more frequently in patients who received the combination than those who received ipilimumab monotherapy; however, the safety profile of the combination therapy was as expected, with no new safety signals, according to lead investigator of the trial F. Stephen Hodi, MD, director of the Melanoma Center at Dana-Farber Cancer Institute, associate professor of medicine at Harvard Medical School, and Ludwig Cancer Research investigator.

“Following up with patients in the current study over a longer period of time is an important step,” Hodi said in a press release.

Combining an immune checkpoint inhibitor with an immunostimulatory antibody At the AACR Annual Meeting 2015, Dr. David Bajor presented the results of a phase I clinical trial testing the feasibility of combining two investigational immunotherapies in patients with metastatic melanoma.

“If you think of the immune system like a bicycle, there are two broad ways of regulating the bike’s speed: pedaling and braking. To go faster, you can either pedal harder or release the brakes. In this case, we’ve attempted to stimulate the immune system both by pedaling faster, using the anti-CD40 antibody, and by cutting the brakes, using the anti-CTLA4 antibody,” said lead investigator David L. Bajor, MD, an instructor in the Division of Hematology/Oncology at Perelman School of Medicine at the University of Pennsylvania.

This combination therapy was found to be safe, with clinical evidence of response in patients with advanced melanoma. According to Bajor, in this trial with 24 patients, after a median follow-up of 22 months, the overall response rate was 27 percent, which included complete responses in two patients and partial responses in four patients.

“Immunotherapy is not just a single agent or class of agents; there are many targetable molecules to manipulate many facets of the immune responses against cancer. Checkpoint inhibition was just the beginning,” said Bajor in a press release. 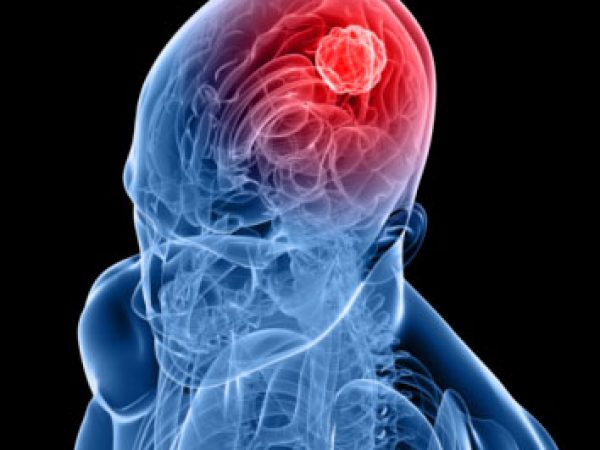