In the effort to include more diverse patient populations in clinical trials, good intentions can easily go awry.

Panelists in the “Addressing Advocacy at the Bench: Implementing Change” session held Sunday at The 12th AACR Conference on the Science of Cancer Health Disparities in Racial/Ethnic Minorities and the Medically Underserved described complex and sometimes contentious negotiations between the scientists conducting clinical trials and patients from racial and ethnic minority groups.

Research has long shown that populations at risk for cancer health disparities are less likely than other groups to participate in research studies. In the past few years, the U.S. Food and Drug Administration (FDA) has provided guidance on how to recruit participants from underserved groups, and the agency began publishing Drug Trials Snapshots, clearly written, graphically presented information on the demographic makeup of clinical trials.

Most researchers know they should recruit patients from minority groups. But when approaching patients, they sometimes fail to establish trust, or to adequately convey that patients are likely to benefit from their participation, panelists said.

“Many of us come from populations that have experienced research in a negative form,” explained Phyllis Pettit Nassi, MSW, associate director of Research & Science, Special Populations, at the Huntsman Cancer Institute in Salt Lake City. “There has been unethical use of data that come from our people. Our populations are fearful, and we have to correct misinformation.”

Nassi, who was one of several cochairs of the disparities conference, works with 40 Native American tribes in five states, and she said she has seen many efforts to recruit them to a research study fail due to misunderstandings. For example, a researcher may visit a tribal land, and may establish some friendly relationships, but if the Native Americans have never left the reservation or visited the researcher’s clinic, he may not truly understand the value of the researcher’s work.

Jamie Brewer, MD, of the FDA Office of Oncology and Hematology, pointed out that clinical trials that enroll mostly white patients ultimately only determine a drug’s safety and efficacy in white patients.

“Drug development has been very robust lately, but we are missing out on the aspect of whether a drug will be more beneficial or less beneficial to various racial and ethnic groups,” she explained.

The panelists said that researchers and patients alike would benefit from efforts to continuously connect with minority populations, so that trust and familiarity might grow organically. Lola Fashoyin-Aje, MD, MPH, a medical officer with the FDA, said the agency has taken steps in this direction, seeking out patients to advise them on many issues surrounding clinical trial participation, including financial toxicity and ethical concerns.

“We have to get out of this mentality that we just have to get the data,” said Nynikka Palmer, DrPH, MPH, assistant professor at the University of California San Francisco. “We have to go to the communities, ask them what they need, and meet them along the way. We should start by building relationships and building trust.

Brewer agreed. “The relationship needs to be there, and we should work to develop it early on in a patient’s care,” she said. “We try to build the relationship when we need patients for studies, but we should get to know them earlier, without demanding anything from them.”

How can the patients help?

At Candace Henley’s lowest point during her treatment for young-onset colorectal cancer, she promised herself that if she lived, she would devote herself to advocacy.

Today, she is a proud and passionate advocate, having founded The Blue Hat Foundation to raise awareness of colorectal cancer in minority and medically underserved communities. She also works to spread awareness of the crushing burden of medical costs for cancer patients. In the wake of her treatment, she lost her home and her job. She applied for federal Social Security Disability Insurance, but her application was denied.

“At that time, there were no patient navigators; there was no one to tell me that I could have appealed it,” she said. “I didn’t know I could fight.”

She said patients can improve their chances of being heard and respected if they learn all they can about their cancer.

“Patients need to understand their disease,” she said. “It’s great to have passion, but make sure that with your passion, you are educated, so that when you are having a conversation with a medical professional, they will trust you just as you are being asked to trust them.” 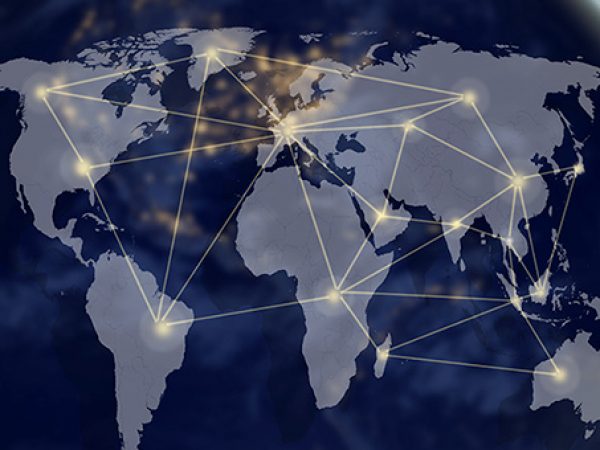 It has an impressive range of content for readers, and it’s an excellent case study in using digital media to reach readers interested in clinical trials. Very informative blog.

This post outlines how minorities should be included in clinical trials thanks for sharing.