Lung cancer – one of the most commonly diagnosed cancers in the United States – is an area of intense research and clinical development. While there has been extraordinary progress in recent years, from smoking cessation programs to targeted therapy approaches, much work remains to reduce the burden of this disease.

November is Lung Cancer Awareness Month. Read on to learn about recent lung cancer statistics and new studies published in the AACR journals on lung cancer screening, early detection, and advances in the treatment of an uncommon type of lung cancer.

Lung cancer is the leading cause of cancer-related mortality in the United States. This year, it is estimated that over 140,000 people will die from lung and bronchus cancer, representing nearly a quarter of all cancer deaths.

With decreases in smoking rates in recent decades in the United States, lung cancer incidence and mortality have also declined. Despite these trends, roughly 230,000 people will receive a lung or bronchus cancer diagnosis in 2019, according to recent statistics. Further, the majority of diagnoses occur after the cancer has metastasized, when the five-year survival rate is just around 5 percent.

As detailed extensively in a recent review article published in Cancer Epidemiology, Biomarkers & Prevention, lung cancers have a host of different risk factors. Unsurprisingly, the most prevalent risk factor for lung cancer is tobacco smoking; compared with “never smokers,” those who smoke tobacco have roughly a 20-fold higher relative risk of developing lung cancer. Secondhand smoke and other tobacco use (cigars, pipes, and water pipes) are additional tobacco-related risk factors for lung cancer incidence.

In the United States, the incidence of lung cancer among never smokers (LCANS) is increasing, and roughly 10-20 percent of lung cancer diagnoses occur in those who have never smoked. Research indicates that advanced age is an important predictor for LCANS, which will have significant ramifications as the age structure of the United States population continues to shift. In this way, lung cancer is anticipated to remain prevalent, highlighting the need for additional research in lung cancer screening and early detection.

Even though smoking is an established risk factor for lung cancer, new research suggests that the rate of physician-patient discussions about lung cancer screening is quite low among current smokers – and has significantly declined in recent years.

The study, published in Cancer Epidemiology, Biomarkers & Prevention, analyzed survey data from over 9,000 individuals enrolled in the National Cancer Institute’s Health Information National Trends Survey (HINTS). The study reported that the prevalence of lung cancer screening discussions between physicians and current smokers dropped from 12 percent in 2012 to 8.7 percent in 2017.

Following multivariable analysis, the researchers determined that lung cancer screening discussions had no association with current smokers’ attempts to quit smoking in the past year, or with their intent to stop smoking in the next six months.

“Our results suggest that lung cancer screening is substantially underutilized and not reaching high-risk smokers who would benefit the most,” said study author Jinhai (Stephen) Huo, PhD, MD, MSPH in an AACR press release.

Lung cancer screening, which is conducted by performing a low-dose computed tomography scan, can identify if pulmonary nodules are present on the lungs. While the majority of lung nodules are benign, a small percentage can progress to lung cancer. As such, the determination of which nodules are the most likely to become cancerous is a critical area of unmet need.

In a study recently published in Cancer Prevention Research, researchers developed a risk prediction model to stratify individuals presenting with a pulmonary nodule as having a high or low risk for developing lung cancer. The authors were interested in researching what factors were associated with lung cancer incidence among the general population presenting with a lung nodule.

The researchers analyzed data from nearly 3,000 patients to develop and validate their model, excluding patients if they had a history of lung cancer or if they were diagnosed with lung cancer within six months of their initial consultation. During the 13 years of follow-up, 171 patients developed lung cancer.

Using a combination of clinical and radiological features, including age, smoking pack-years, personal history of cancer, the presence of chronic obstructive pulmonary disease, and nodule characteristics such as size, the presence of spiculation, and the presence of a ground-glass opacity, the researchers developed a risk score to stratify patients into high- and low-risk categories. Compared with those classed as low-risk individuals, those deemed as having high risk had more than 14 times the risk of developing lung cancer.

“Through our model, we can identify which individuals with lung nodules should be closely monitored, so that we can catch the disease at an early stage and ultimately reduce the burden of lung cancer deaths,” said first author Barbara Nemesure, PhD, in an AACR press release.

Targeted therapies and immunotherapies have emerged as viable treatment options for patients with NSCLC, yet therapeutic breakthroughs for SCLC have yet to materialize. While most patients with SCLC initially respond to frontline cytotoxic treatment, recurrence is almost inevitable. The resulting disease is often aggressive and unresponsive to further treatment, leaving patients with few therapeutic options.

Poly (ADP-ribose) polymerase (PARP), an enzyme involved in DNA damage repair, has elevated expression in SCLC, representing a potential therapeutic target for this tumor type. While the inhibition of PARP alone has shown little to no efficacy in this setting, the addition of DNA-damaging agents has been shown to synergize with PARP inhibitors, representing a potential strategy for the treatment of recurrent SCLC tumors.

A recent study published in Cancer Discovery reported on results from a phase I/II clinical trial evaluating the combination of the PARP inhibitor olaparib with the alkylating agent temozolomide in patients with relapsed SCLC. Among the 48 evaluable patients, the overall response rate was 41.7 percent, including 20 partial responses.

To elucidate potential biomarkers that could predict response to this exploratory treatment regimen, the researchers conducted a co-clinical trial in patient-derived xenograft (PDX) models derived from 22 patients. They found that a molecular signature comprised of four inflammatory response genes could distinguish between sensitive and resistant models, and that low basal expression of these genes correlated with resistance to the treatment combination under study, and also to platinum etoposide, which is the standard first-line chemotherapy for SCLC patients.

“While biomarkers for drug response have been identified for several cancers, we don’t have any good biomarkers of response for small cell lung cancer treatments,” said senior author Benjamin Drapkin, MD, PhD. “Our co-clinical trial in animal models was an important first step in the identification of a potential prognostic signature of response to both the standard first-line chemotherapy and for our investigational combination.”

A commentary that accompanied this study notes that co-clinical trials could represent a potentially powerful translational tool for patients with SCLC, and that longitudinal sample collection from these models throughout treatment, including after the development of progressive disease, could help elucidate mechanisms of treatment resistance.

To help foster scientific progress against lung cancer, the AACR will co-host the Sixth AACR-IASLC International Joint Conference: Lung Cancer Translational Science from the Bench to the Clinic, in San Diego Jan. 11-14, 2020. Advance registration for this meeting closes on Monday, December 2. 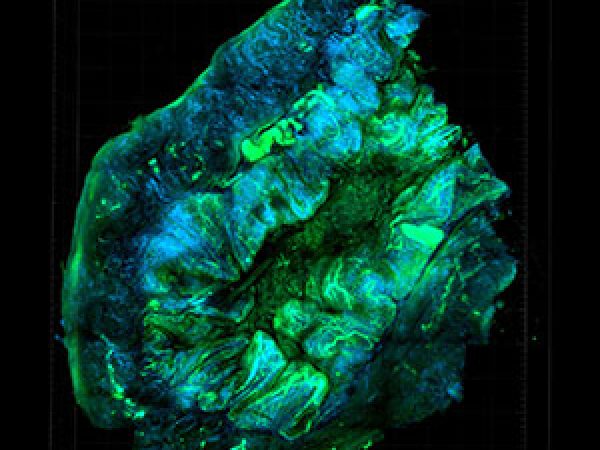 Thanks for the information it was worth reading….For more information visit http://www.clariwell.in/clinical-research-course-in-pune.html