The first new anticancer therapeutics approved by the U.S. Food and Drug Administration (FDA) in 2020 are for the treatment of two different types of soft tissue sarcoma. On January 9, 2020, the FDA approved avapritinib (Ayvakit) for treating certain patients with gastrointestinal stromal tumor (GIST) and on January 23, 2020, the agency approved tazemetostat (Tazverik) for treating certain patients with epithelioid sarcoma.

Soft tissue sarcomas are cancers that arise in soft tissues of the body, such as the muscles, tendons, fat, blood vessels, lymph vessels, nerves, and tissues around joints. They are a rare and diverse group of cancers. The World Health Organization lists more than 50 subtypes of soft tissue sarcoma.

Researchers estimate that there will be more than 13,000 new cases of soft tissue sarcoma diagnosed in the United States in 2020 and that more than 5,000 people will die from the disease.

A new treatment for GIST

GISTs are among the most common types of soft tissue sarcoma. According to the National Cancer Institute (NCI), there are around 3,300 to 6,000 new GIST cases per year in the United States.

GISTs can arise anywhere along the gastrointestinal tract but most commonly in the stomach or small intestine. Most cases of GIST are fueled by mutations in either the KIT gene or the PDGFRA gene. GISTs driven by most KIT and many PDGFRA mutations are responsive to treatment with the molecularly targeted therapeutic imatinib (Gleevec).

However, GISTs caused by mutations in a region of the PDGFRA gene called exon 18 mutation, including one mutation known as D842V, are not responsive to imatinib. In fact, research published in the AACR journal Clinical Cancer Research showed that imatinib treatment led to a median progression-free survival of 2.8 months for patients who had GISTs with D842V mutations and 28.5 months for patients who had GISTs with other PDGFRA mutations.

Avapritinib is a molecularly targeted therapeutic that can block the effects of PDGFRA exon 18 mutations, including D842V mutations. It was approved specifically for treating adults with unresectable (meaning cannot be surgically removed) or metastatic GISTs fueled by a PDGFRA exon 18 mutation, including D842V mutations. According to the FDA statement, it is the first therapeutic approved for treating these patients.

As noted in a recent Clinical Cancer Research paper, avapritinib is being tested in several other clinical trials as a treatment for a wider array of GISTs and other types of cancer. It is therefore likely that we will hear more about this molecularly targeted therapeutic in the future.

A new treatment for epithelioid sarcoma

“Epithelioid sarcoma accounts for less than 1 percent of all soft tissue sarcomas,” said Richard Pazdur, MD, director of the FDA’s Oncology Center of Excellence, in the agency’s news release announcing the approval of tazemetostat. The FDA decision makes tazemetostat the first therapeutic approved specifically for treating this type of cancer. It was approved specifically for treating adults and pediatric patients age 16 and older who have metastatic or locally advanced epithelioid sarcoma that cannot be completely removed with surgery.

Most cases of epithelioid sarcoma begin in the soft tissue under the skin of a finger, hand, forearm, lower leg, or foot. According to the FDA statement, about 50 percent of patients have metastatic disease at the time they are diagnosed with epithelioid sarcoma and this is considered a life-threatening diagnosis.

Tazemetostat targets a protein called EZH2, which is involved in modifying the epigenome. As discussed in the AACR Cancer Progress Report 2019, the epigenome refers to the sum of all the chemical modifications to DNA and/or the proteins associated with DNA that regulate how and when genes are turned “on” or “off.” EZH2 adds chemical marks called methyl groups to histones, which are the proteins around which the DNA of a cell is packaged.

Research has shown that EZH2 fuels the proliferation of cancer cells that lack another protein called INI1 and that more than 90 percent of epithelioid sarcomas lack INI1. These data led to the idea that targeting EZH2 with tazemetostat might benefit patients with epithelioid sarcomas.

The approval of tazemetostat was based on results from a phase II clinical trial that were presented at a scientific conference in mid-2019. The data showed that nine (15 percent) of the 62 patients with metastatic or locally advanced epithelioid sarcoma who received tazemetostat had partial or complete tumor shrinkage. The response lasted six months or longer for six of the nine patients who had a response.

Tazemetostat is being tested in several other clinical trials as a treatment for other types of solid tumors lacking INI1 and for several blood cancers, including follicular lymphoma. It is therefore likely that we will hear more about this molecularly targeted therapeutic in the future. 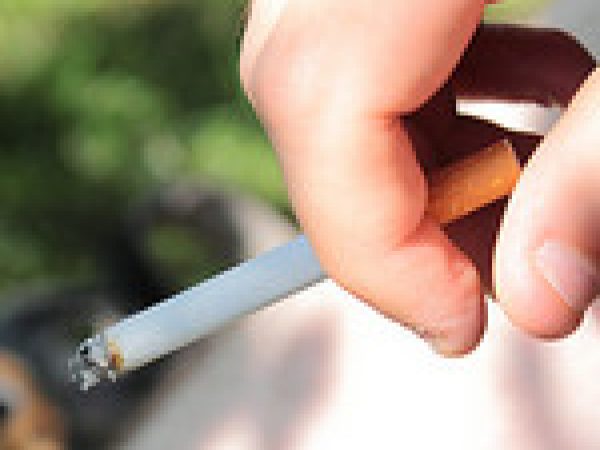