The excitement surrounding this week’s AACR Virtual Meeting I – which drew more than 61,000 people on the first day – can’t stop us from delivering the latest edition of Editors’ Picks, our monthly staple featuring 10 studies personally selected by the editors of the AACR journals.

This month’s edition features insight into how resistance to CAR T-cell therapy develops, a case study highlighting the potential of an immune checkpoint inhibitor for cancer prevention, and clinical trial results for an investigational treatment for gastrointestinal tumors, among others. As always, the selected articles are freely available for a limited time.

For more updates on the latest advances in cancer research, be sure to follow our coverage of the AACR Virtual Meeting I.

Trifluridine (FTD), a thymidine analog, and tipiracil (TPI), a thymidine phosphorylase inhibitor, work in concert to induce DNA damage in rapidly dividing cells. While FTD/TPI has shown enhanced antitumor activity when combined with the chemotherapeutic irinotecan in patients with advanced colorectal cancer, a high rate of hematologic toxicities was observed. A phase Ib clinical trial was initiated to determine the maximum tolerated dose (MTD) of the combination of FTD/TPI plus irinotecan in patients with advanced gastrointestinal tumors; an expansion phase of this trial evaluated FTD/TPI plus irinotecan in conjunction with the VEGF inhibitor bevacizumab. Fifty patients were enrolled in the trial, with 26 in the escalation phase and 24 in the expansion phase. The MTD was determined to be 25mg/m2 FTD/TPI twice daily plus 180mg/m2 on the first day of a 14-day cycle. In the expansion phase, the MTD of FTD/TPI and irinotecan was administered along with 5mg/kg bevacizumab on day one. Under this regimen, 83 percent of patients experienced adverse events of grade 3 or higher, but no treatment-related deaths occurred. Further, twelve percent of patients had a partial response and 67 percent of patients had stable disease lasting longer than four months; the median progression-free survival was 7.9 months. The authors conclude that this treatment combination warrants further investigation in patients with metastatic colorectal cancer. This article was highlighted in the April 1 issue.

Roughly 95 percent of pancreatic ductal adenocarcinomas (PDAC) harbor mutationally activated KRAS, which drives uncontrolled cell proliferation and survival. Oncogenic KRAS confers resistance to chemotherapy through the activation of the transcription factor NRF2, which alters glucose and glutamine metabolism in response to the increased anabolic needs of the cancer cell. However, the impact of NRF2 on the metabolic rewiring of KRAS-driven PDAC is not well characterized. In this study, the authors analyzed pancreatic tissues and cell lines and found that NRF2 expression was highly variable. Further, the researchers discovered that higher NRF2 expression correlated with higher-grade pancreatic cancer and chemoresistance. Metabolic profiling analysis in PDAC cells revealed elevation of pathways involved in glutamine metabolism upon the activation of NRF2. To see if these metabolic alterations could be exploited, the researchers disrupted glutaminolysis and found that glutaminase inhibitors could overcome chemotherapy resistance in pancreatic cancer cells. The authors suggest that disrupting glutamine metabolism could provide a possible therapeutic intervention for patients with chemoresistant pancreatic cancer. This article was featured on the cover of the April 15 issue.

Cancer-associated fibroblasts (CAFs) have been shown to promote tumor growth and affect the tumor microenvironment (TME), but their contribution to immune suppression within the TME of lung squamous cell carcinoma remains unclear. In this study, the authors examined The Cancer Genome Atlas database and found a positive correlation between the presence of CAFs and the abundance of monocytic myeloid cells. This correlation was validated by imaging mass cytometry of an independent cohort of 10 primary lung squamous cell carcinomas, which also revealed spatial interaction of CAFs and monocytic myeloid cells in the TME. Further experiments demonstrated that CAFs promoted the recruitment of CCR2+ monocytes via the chemokine CCL2; this recruitment was prevented by inhibiting CCR2, the chemokine receptor for CCL2. Furthermore, CAFs were found to promote polarization of monocytes into myeloid-derived suppressor cells, characterized by suppression of both CD8+ T-cell proliferation and IFNγ production. Inhibition of the NADPH oxidases NOX2 and NOX4 restored CD8+ T-cell proliferation. Together, the results suggest that CAFs promote immune suppression by regulating monocyte recruitment and differentiation into immunosuppressive cells. The authors propose that CCR2, NOX2, and NOX4 are potential therapeutic targets to restore immune activity in the TME. This article was featured on the cover of this issue.

Approximately 10 to 20 percent of patients with acute lymphoblastic leukemia (ALL) are resistant to CAR T-cell therapy, but the mechanisms underlying primary resistance remain unclear. In this study, the authors performed a genome-wide loss-of-function screen in an ALL cell line to identify genes contributing to resistance. They found that the deletion of genes involved in death receptor signaling led to antigen persistence, T-cell impairment, and resistance to CAR T-cell therapy. Gene expression analyses demonstrated increased expression of T-cell dysfunction genes and decreased expression of immune-stimulating genes in CAR T cells exposed to knockout ALL cells. Furthermore, the authors found increased chromatin accessibility at immune activation genes in these CAR T cells. Pediatric patients with ALL who did not respond to treatment with the CAR T-cell product tisagenlecleucel were found to have lower expression of death receptor signaling genes than those who had complete responses. Low expression of death receptor signaling genes was also associated with worse overall survival. Together, the results suggest that dysregulation of death receptor signaling promotes T-cell dysfunction that results in primary resistance to CAR T-cell therapy. This article was featured on the cover of this issue, and a related commentary can be found here.

Cancer Immunoprevention: A Case Report Raising the Possibility of “Immuno-interception”

Immune checkpoint inhibitors have been effective for the treatment of various cancers. In particular, cancers with deficiencies in mismatch repair (MMR) genes tend to respond well to these inhibitors. However, the utility of immune checkpoint inhibitors for cancer prevention has not been fully explored. Lynch syndrome is a genetic disorder characterized by deficient MMR and an increased risk for multiple cancers. This case study describes a 64-year-old male patient with a variant of Lynch syndrome known as Muir-Torre syndrome. Over the course of 19 years, the patient had been diagnosed with 136 premalignant lesions or cancers throughout his body, averaging 7.5 diagnoses each year. In 2017, he was diagnosed with bladder cancer and received the immune checkpoint inhibitor pembrolizumab as part of his treatment. After treatment, the patient did not develop any new premalignant lesions or cancers during the 22-month follow-up period. The authors propose that the preventive potential of pembrolizumab should be explored further, particularly in patients with DNA repair deficiencies. This article was featured on the cover of this issue.

Cancer is driven by random mutations, which result in the generation of multiple cancer subclones that compete for resources. Darwinian selection favors the highly proliferative subclones, which suppress the less proliferative subclones. In addition, cancer subclones can have varying degrees of susceptibility to cancer drugs. Cancer treatment can lead to drug resistance by killing the more aggressive, drug-sensitive cancer cells, which reduces competition and leads to the proliferation of drug-resistant cancer cells. Adaptive therapy aims to preserve the susceptibility of a tumor to treatment by maintaining a certain population of drug-sensitive cancer cells. However, the design of adaptive therapies remains challenging. Here, the authors used retrospective patient data to model three novel concepts of tumor evolution that could help in the design of multidrug adaptive therapy. The authors posited that (1) steering tumors into cycles of evolution can trap tumor composition in a repetitive and controllable loop that restores susceptibility to treatment, (2) different treatments can have different effects on the evolutionary dynamics of the tumor, and (3) the ideal timing of drug delivery depends on the rate of evolution. This article was featured on the cover of the April 1 issue.

Treatment with β-blockers, such as propranolol, has been shown to prevent breast cancer invasion and metastasis in mouse models; whether this strategy can translate to human patients remains under study. This article reports on results from a placebo-controlled phase II clinical trial that evaluated the effect of preoperative treatment with propranolol on prometastatic and proinflammatory gene expression within the primary tumors of patients undergoing surgery. Of the 60 patients enrolled, half were randomly assigned to receive one of the escalating doses of oral propranolol for seven days prior to surgery; the remaining 30 patients received placebo. Treatment with propranolol resulted in the downregulation of mesenchymal genes within the primary tumor, along with the downregulation of transcription factors involved in invasion or inflammation, such as Snail/Slug, NF-κB/Rel, and AP-1. Further, among patients with clinical evidence of drug response, as indicated by decreased heart rate and blood pressure, elevated immune-cell infiltration of tumors was observed. The authors conclude that larger phase III studies to assess the impact of β-blockade on clinical outcomes are warranted. This article was highlighted and was featured on the cover of the April 15 issue. A related commentary published in this issue can be found here.

The transcription factor MYC is a well-characterized oncoprotein that is frequently overexpressed in cancer cells. MYC relies on interaction with the related protein MAX to regulate the transcription of target genes. Another binding partner of MAX is the transcription factor MGA, which is significantly mutated or deleted in lung adenocarcinomas. In this study, the authors used a variety of biochemical assays to characterize the molecular and cellular role of MGA in lung adenocarcinomas. They report that MGA represses MYC target genes, suggesting an antagonistic relationship between these two transcription factors. Further, the overexpression of MGA reduced the proliferation of cancer cells, while MYC is a known positive regulator for cancer cell proliferation. The authors conclude that these results support MGA’s role as a tumor suppressor, and they propose a novel MYC/MAX/MGA pathway, which may serve as a potential therapeutic target. This article was highlighted in this issue.

Even though significant progress has been achieved in treating cancers driven by the receptor tyrosine kinase HER2, up to 25 percent of patients treated with adjuvant anti-HER2 therapies experience a relapse of their cancer. One class of anti-HER2 drugs are small-molecule tyrosine kinase inhibitors (TKIs), including lapatinib and neratinib. These TKIs also inhibit the structurally similar kinase EGFR, potentially leading to high frequencies of adverse events that necessitate treatment modifications. In this First Disclosure article, a new article type in this journal that is designed to highlight the first-time disclosure of oncology drug structures and their preclinical profiles, the authors describe the preclinical properties of tucatinib, an experimental small-molecule inhibitor of HER2. Through biochemical and cell signaling experiments, the researchers demonstrate that tucatinib inhibits HER2 with greater than 1,000-fold more potency than EGFR, and that tucatinib effectively suppresses signaling pathways downstream of HER2, such as MAPK and PI3K/AKT, in HER2-driven breast cancer cells. Further, tucatinib exhibited antitumor activity in multiple HER2-positive tumor models, both as a single agent and in combination with trastuzumab or docetaxel. The authors suggest that this preclinical study, in combination with results from several phase I clinical trials evaluating tucatinib, supports the additional evaluation of this selective inhibitor in additional cancers driven by HER2. This article was highlighted in this issue. 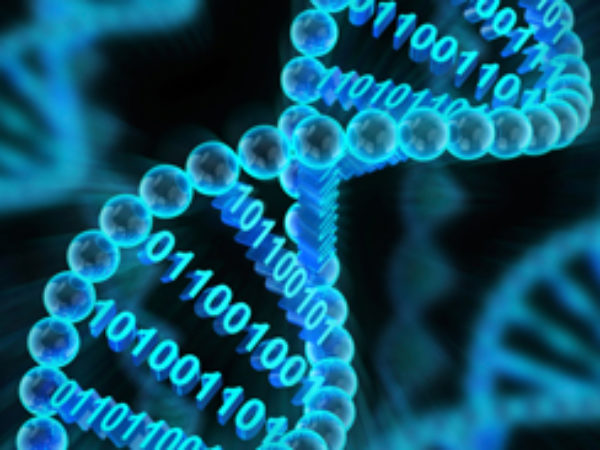