On December 23, 1971, when President Richard Nixon signed the National Cancer Act of 1971 into law, cancer was considered a death sentence. Only 42 percent of those diagnosed with cancer survived five years past diagnosis, and treatments were limited and typically very harsh.

Through the passing of the National Cancer Act, the United States reaffirmed its commitment to the “war on cancer.” The act provided additional funding to the National Cancer Institute (NCI) and gave its director the authority to plan and develop a National Cancer Program in collaboration with other research institutes and programs. The act also led to the creation of the presidentially appointed National Cancer Advisory Board to assist the NCI in the creation of new cancer centers, training programs, and award contracts, among other tasks. It also established the President’s Cancer Panel to brief the President and the public on special topics related to cancer, and established the protocol by which the NCI submits their annual budget proposal to the President and Congress.

In the 50 years since the National Cancer Act was enacted, great strides have been made in fighting cancer. We’ve learned more about what causes cancer and how to lower risk, have advanced our ability to detect some cancers early when they’re more easily treated, and have developed more effective and less aggressive therapies. Today, almost 68 percent of patients are expected to survive at least five years after diagnosis.

The AACR has been at the forefront of this progress, from attending the signing of the act in 1971 to publishing some of the field’s seminal findings throughout the years.

To commemorate the 50th anniversary of the National Cancer Act, the AACR journal Cancer Research has compiled some of the landmark discoveries into a collection titled Cancer Research Landmarks, featuring 23 influential studies published in the journal between 1977 and 2017. The highlighted articles cover the gamut of cancer research—from identifying the risk factors and cellular changes associated with cancer onset and progression to developing revolutionary cancer therapies.

The Cancer Research Landmarks collection also includes recent commentaries from prominent cancer researchers, who reflect on the long-term impacts that these landmark studies have had on cancer research and treatment. Here, we summarize some of these groundbreaking studies and their legacies. The full Cancer Research Landmarks collection can be accessed here.

1977: A prognostic role for the estrogen receptor in breast cancer

A 1977 publication in Cancer Research revealed that the presence or absence of the estrogen receptor (ER) on breast cancer cells could help predict cancer recurrence. As noted in the recent Cancer Research Landmarks commentary, this discovery paved the way for the modern standard of assessing ER status in newly diagnosed breast cancers, and for utilizing ER status to predict prognosis and guide treatment decisions.

The 1977 study from the late William McGuire, MD, and colleagues was a single-institution retrospective analysis of 145 patients with breast cancer who underwent a mastectomy between 1973 and 1976. The analysis found that ER-negative breast cancer was associated with early recurrence, even after adjusting for age, tumor size, and nodal status. In addition, the researchers found that ER-negative breast tumors were significantly more common among patients under 50 years of age. Subsequent research, also published in Cancer Research, demonstrated an association between ER-negativity and response to chemotherapy, providing a biomarker to help inform treatment decisions. Since the landmark discovery of the ER’s prognostic and predictive roles in breast cancer, various therapies targeting the ER and components of interacting signaling pathways have entered the treatment landscape for breast cancer.

Learn more about the clinical impacts of this pivotal study here.

1988: Identification of smoking and drinking as risk factors for oral and pharyngeal cancer

A landmark study from Joseph Fraumeni, Jr., MD, FAACR, and colleagues identified tobacco smoking and alcohol consumption as key risk factors for oral and pharyngeal cancers. The study, published in 1988, compared tobacco and alcohol use between 1,114 patients with oropharyngeal cancer and 1,268 matched individuals without the disease, representing four distinct areas of the United States.

These findings have had far-reaching implications beyond oropharyngeal cancer. Tobacco use is now a well-established risk factor for various types of cancer, including aggressive forms like lung and pancreatic cancer. Successful efforts to decrease tobacco use over the past several decades has helped curb the onset of many cancers, particularly lung cancers. Learn more about Fraumeni, including his groundbreaking work on the molecular basis of cancer, here.

1990: The contribution of p53 gain-of-function mutation to colorectal cancer development

A study published in the December 1990 issue of Cancer Research helped transform our understanding of carcinogenesis. In this study, Bert Vogelstein, MD, FAACR, and colleagues built on their prior observations that colorectal cancer development occurred through a series of steps, each associated with the accumulation of specific genetic alterations. This concept is now referred to as the Vogelstein genetic model of colorectal tumorigenesis. Vogelstein and colleagues had previously identified the genetic alterations that lead to the transition from normal colon epithelial cells into early noncancerous lesions, and to the growth of these early lesions into large benign tumors known as adenomas. However, the genetic alterations required for the crucial step of transitioning from noncancerous adenomas to malignant tumors remained unknown.

In their 1990 paper, Vogelstein and colleagues uncovered the missing piece with their finding that the transition to malignancy required the loss of one p53 allele and the mutation of the other allele. This seminal finding laid the groundwork for the subsequent demonstration that p53 mutation led to a gain of function, promoting cancer progression partially through the ability of mutant p53 to inhibit the related p63 and p73 transcription factors.

The Vogelstein genetic model of colorectal tumorigenesis has revolutionized early detection and treatment, as explained in a Cancer Research Landmarks commentary. Some early detection tests for colorectal cancer screen for these tumorigenesis-associated genetic alterations, and profiling these alterations in tumors can facilitate personalized medicine by allowing clinicians to identify appropriate targeted treatments.

Learn more about this landmark discovery and its impacts here.

1999: Beyond cellular mutations—the role of the microenvironment in cancer development

Today’s understanding of the tumor microenvironment’s role in cancer development and progression is the culmination of many key studies, including one published in the October 1999 issue of Cancer Research by Gerald Cunha, PhD, and colleagues that examined the role of cancer-associated fibroblasts in cancer initiation.

As explained in the recent Cancer Research Landmarks commentary, this study, along with many others, has contributed to our understanding of cancer as a “full-body disease,” and has led to therapeutic approaches that modulate the tumor microenvironment.

Learn more about this study, its historical context, and its impacts here.

Additional studies on this topic from the Cancer Research Landmarks collection:

Cancers can promote disease progression by hijacking cellular metabolism. A well-known example is the Warburg effect, a phenomenon in which cancer cells undergo anaerobic respiration even in the presence of oxygen. Despite having been described decades earlier, the underlying causes of the Warburg effect remained unclear until 2004, when Craig Thompson, MD, and colleagues published a seminal study in Cancer Research.

In this study, researchers observed that constitutive activation of the AKT signaling protein enhanced the rate of glycolysis in cancer cells without impacting oxygen consumption, an indication of the Warburg effect. This article was one of the first to demonstrate that oncogenic signaling could directly influence metabolism. Subsequent research has identified additional mechanisms by which cancers usurp metabolic regulation.

Thompson and colleagues also showed that increased glycolysis in AKT-activated cancers led to greater sensitivity to glucose withdrawal, thus identifying a potential therapeutic vulnerability. Researchers have since shown that disrupting AKT signaling by inhibiting the upstream PI3K protein can suppress tumor growth, and some researchers are also interested in targeting glycolysis itself. The elevated glucose uptake in cancer cells is also utilized in positron emission tomography, a type of diagnostic imaging that detects cancer in the body by locating areas of increased consumption of a glucose analog.

These impacts and others are discussed in the recent Cancer Research Landmarks commentary, which can be accessed here.

Paving the way for immunotherapy

Cells in the tumor microenvironment can modulate antitumor immunity, a phenomenon that is better understood today. However, it wasn’t until 2004, with the publication of a study in Cancer Research from Augosto Ochoa, MD, and colleagues, that researchers demonstrated the existence of immune-suppressive myeloid cells in the tumor stroma.

Ochoa and colleagues had previously shown that depletion of arginine by arginases suppressed T-cell function in the microenvironment. In their 2004 study, they sought to understand the cellular origin of arginase in the tumor microenvironment and to determine the mechanism by which arginine depletion impacted T-cell activity. By sorting cell populations from mouse tumors, they found that myeloid cells had increased expression of arginase I and high arginase activity. Increased arginase expression and activity were associated with decreased expression of T cell-activating proteins on tumor-infiltrating T cells, which led to reduced T-cell proliferation and functionality. Ochoa and colleagues also showed that inhibiting arginase increased antitumor activity in mouse models, highlighting the possibility of therapeutically regulating antitumor immunity in the tumor microenvironment.

This pivotal study led to widespread acknowledgement of immune-suppressing myeloid cells in the tumor microenvironment. It also laid the foundation for subsequent research on enhancing immunotherapy, understanding differences between myeloid cells in tumor tissue and those in lymphoid organs, and for exploring arginase inhibitors as cancer therapy.

Learn more about this landmark discovery and its legacy here.

2005: The PD-1/PD-L1 immune checkpoint as a negative regulator of antitumor immunity

To date, six inhibitors of the PD-1/PD-L1 immune checkpoint are approved for clinical use against a variety of cancer types. The advent of this transformative therapy was made possible, in part, by a crucial paper from the February 2005 issue of Cancer Research, in which Lieping Chen, MD, PhD, and colleagues reported that PD-L1-binding monoclonal antibodies enhanced T-cell activity against tumor cells.

In this study, the researchers observed increased PD-L1 expression in various cancer cells and found that deletion of PD-1 in T cells led to greater cytokine production, proliferation, and cytolytic activity against tumor cells. These effects were also observed with a monoclonal antibody directed to PD-L1. Together, the results of this study indicated that cancer cells evaded antitumor immunity by upregulating PD-L1, and that this evasion mechanism could be countered by inhibiting the immune checkpoint with an anti-PD-L1 monoclonal antibody.

This strategy has been subsequently employed in the clinic and has dramatically improved outcomes for many patients. Learn more about the significance of this landmark discovery in the recent Cancer Research Landmarks commentary.

In addition, the Cancer Research Landmarks collection includes seminal studies that contributed to the development of other classes of cancer therapy. These include:

In 1990, the late Samuel Brooks, Jr., PhD, and colleagues reported the establishment of MCF10, a nontransformed, epithelial cell line derived from normal human breast tissue. Characterization of the cells revealed that key oncogenes, including HER2, were not genetically altered, and that MCF10 cells did not form tumors. This marked the first time that normal mammary epithelial cells derived from nontumor tissue were maintained in cell culture without genetic or chemically induced transformation.

As summarized in the recent Cancer Research Landmarks commentary, the nontransformed nature of MCF10 and its various sublines has enabled several important discoveries on normal mammary cell biology, as well as the basic genetic and cellular alterations that lead to breast cancer development.

The commentary describes some of these fundamental discoveries, which include identifying how alterations of the key oncogenes HER2, PTEN, TP53, and BRCA1 contribute to breast cancer development, as well as tracking the various genetic alterations associated with each stage of the transition to invasive breast cancer.

Learn more about the MCF10 cell line and its impacts on breast cancer research here. 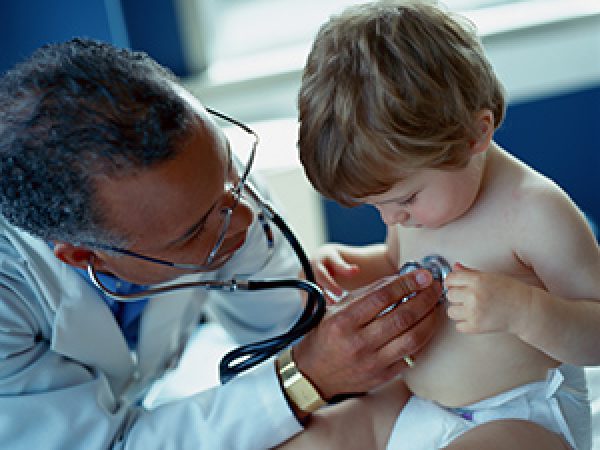