For most solid tumors, traditional biopsies are the gold standard for diagnosing cancer and assessing molecular characteristics that may guide treatment decisions. While necessary, they can be invasive and painful and may come with their own risks. Because physicians generally limit unnecessary biopsies, they may miss informative changes occurring within the tumor during or following treatment. Further, not all tissues are accessible for a biopsy, and a sample from one part of a tumor may not accurately represent the characteristics of a tumor as a whole.

For these reasons, researchers have been developing less-invasive methods of probing tumors, such as monitoring for DNA that tumor cells release into the bloodstream. Researchers can sequence this DNA to identify mutations unique to the tumor and subsequently monitor patients’ blood for increases, decreases, or changes in the mutations present.

Promises and pitfalls of liquid biopsies

François-Clément Bidard, MD, PhD, a professor of medical oncology at Institut Curie and Paris-Saclay University in France, opened the educational session by summarizing the challenges associated with a key clinical use of liquid biopsy technology: detecting metastatic relapse earlier than imaging can.

“Thus far, studies have showed a limited lead time between ctDNA detection and the actual clinical relapse,” Bidard said. “Most, if not all, current ctDNA techniques detect growing metastases or micrometastases.”

This lead time describes a window in which a physician could intervene in a patient’s treatment, perhaps delaying or preventing a clinical progression. The earlier the ctDNA detection, the longer the lead time, and potentially, the better the benefit, Bidard said.

He went on to describe ways physicians could use the lead time to redirect patient treatment, using examples from ongoing clinical trials. Two such trials include the phase III ZEST and phase II ASPRIA trials, in which breast cancer patients are switched to a second-line therapy if ctDNA is detected before a clinical relapse, in hopes of delaying or preventing a recurrence.

Bidard also mentioned the similar phase II PERSEVERE and ARTEMIS trials, which are exploring intervention in patients who remain ctDNA-positive following first-line treatment, which is often a sign of imminent recurrence. In both trials, patients are being escalated to second-line therapy before a clinical relapse.

“I think ctDNA disease monitoring opens up new windows of opportunity when metastases are still asymptomatic, for prognosis assessment, and for monitoring of primary and secondary resistance,” Bidard said.

“CTCs harbor the entire complement of molecular information that is present within tumor cells,” said Shyamala Maheswaran, PhD, a molecular biologist at Massachusetts General Hospital and a professor of surgery at Harvard Medical School. “Isolation and characterization of these CTCs can provide a noninvasive tool to repeatedly and rapidly monitor tumor evolution over time.”

These cells, she explained, can be used to help understand cancer progression, metastasis, and response to treatment. CTCs can be harvested and cultured in a laboratory, where they can be comprehensively characterized, genetically manipulated, or treated with various drugs. Single-cell sequencing and proteomics can provide critical information about how cell signaling changes over time. For example, single-cell analyses can uncover details about tumor heterogeneity in ways that a traditional biopsy cannot.

One way Maheswaran has used CTC analyses to better understand tumor evolution is by studying the process of epithelial-to-mesenchymal transition (EMT)—a shift in cell state that can lead to metastasis—over the course of a patient’s disease. She and her colleagues isolated CTCs from patients with metastatic breast cancer and stained them for several RNAs characteristic of epithelial cells and mesenchymal cells. Often, the researchers observed, cells were not simply one or the other.

“We observed that EMT does not represent two distinct states, but is instead a continuous process with multiple intermediates,” Maheswaran said.

Maheswaran and colleagues showed that the proportion of cells with more epithelial versus more mesenchymal markers changed during disease progression and in response to treatment, favoring a more epithelial phenotype when treatments were working and a more mesenchymal phenotype as tumors acquired resistance. They further delved into the mechanisms underlying this process and found that high PI3K signaling in epithelial cells was associated with poor outcomes.

Despite the power of liquid biopsies to characterize such processes, there are still challenges that limit their clinical utility. Pedram Razavi, MD, PhD, a medical oncologist at Memorial Sloan Kettering Cancer Center, elaborated on some of these limitations and provided a few ideas for expanding the use of liquid biopsies in the clinic.

“Liquid biopsy assays have demonstrated potential utility across a range of applications, and they are beginning to be used for patient benefit,” Razavi said. “There’s a pressing need for designing and executing adaptive clinical trials based on ctDNA to establish whether we can use them to improve outcomes for our patients.”

The rarity of ctDNA in blood—especially from localized tumors or from breast cancer, which doesn’t shed much ctDNA—is one complication. In early-stage disease, less than one full copy of the tumor genome is often present in an entire tube of blood, Razavi said, preventing a comprehensive assessment of the tumor’s mutational profile.

Further, most ctDNA profiling methods detect mutations in a single gene or a small panel of genes, which may miss novel or unexpected mutations. It can be challenging to select appropriate genes to assay, especially when clonal hematopoiesis—a benign process in which blood stem cells produce blood cells with various mutations—can result in circulating DNA with tumor-like mutational profiles.

Razavi proposed that the efficacy of liquid biopsies may be most useful when used in tandem with other technologies, such as proteomics, methylomics, and imaging.

He also suggested using more sensitive assessments of ctDNA, such as next-generation sequencing, when possible. This would allow for the detection of all mutations present in the sample, instead of a select few. Further, as ctDNA fragments are shorter than other forms of circulating DNA, sequencing could distinguish tumor mutations from those resulting from clonal hematopoiesis.

In cases for which sequencing is not feasible, Razavi recommended profiling for multiple mutations. When monitoring for a relapse, he noted, it may further help to design a patient-specific gene panel based on known mutations from the primary tumor. Such tumor-informed or “bespoke” assays are growing in popularity for detection of minimal residual disease.

“The sensitivity of these assays is significantly better than the current assays we are using in the metastatic setting,” Razavi said.

In a general session held the same day, a handful of researchers demonstrated the promise of liquid biopsies via data from clinical trials.

One ctDNA application under extensive study is the ability to predict a patient’s prognosis, either before or during treatment, based on the amount of ctDNA present. In the BioItaLEE trial, researchers enrolled breast cancer patients undergoing first-line treatment with the hormone therapy letrozole (Femara) plus the CDK 4/6 inhibitor ribociclib (Kisqali) to determine how fluctuations in ctDNA levels correlated with therapy response.

“The primary objective of this study is to identify circulating tumor DNA alterations, characterize how they evolve during treatment, and evaluate their possible association with clinical outcomes,” said Giampaolo Bianchini, MD, head of the Breast Cancer Group and the Clinical Translational and Immunotherapy Group at Ospedale San Raffaele in Italy.

Bianchini and colleagues took samples from 263 patients prior to the start of treatment, then again on day 15 of the first 28-day cycle, and on the first day of the second cycle. Many patients experienced a significant reduction in variant allele frequency (VAF)—the relative amount of ctDNA detected with a given mutation—with 47.1 percent of patients becoming ctDNA-negative by day 15 and 52.4 percent becoming ctDNA-negative by day 29.

As the strong correlation between ctDNA levels and prognosis suggests, ctDNA positivity can be a strong predictor of future relapse. Other researchers are working to determine how much of a head start ctDNA can give physicians prior to a patient’s recurrence, as well as what could be done in that time frame to intervene.

Nicholas Turner, BM Bch, PhD, a medical oncologist at the Institute of Cancer Research and a team leader in the Breast Cancer Now Toby Robins Research Centre in London, presented results from the c-TRAK TN trial, in which 161 patients with triple-negative breast cancer were monitored for ctDNA after surgery and completion of first-line chemotherapy. The goal of the study was to determine the median time between ctDNA positivity and overt relapse in these patients, which has been examined retrospectively in previous studies, but never prospectively.

Patients provided blood samples every three months for 15 to 18 months, and the samples were assayed for patient-specific mutations found in primary tumors. Upon detection of ctDNA, patients with no clinically detectable metastases were randomly assigned to continued observation or to begin treatment with the immunotherapy pembrolizumab (Keytruda).

Surprisingly, Turner and colleagues found that over 70 percent of the patients who tested positive for ctDNA also had overt metastases at the time of the blood sample, meaning that ctDNA detection did not detect a relapse faster than other methods. The patients without a clinical relapse who were assigned to observation experienced a median relapse-free survival of 4.1 months, which Turner noted was far shorter than in most of the retrospective studies.

Only five patients in this trial were treated with pembrolizumab, four of whom have discontinued treatment due to recurrence or adverse events. Turner still feels that the study demonstrated some key points about ctDNA monitoring in patients with triple-negative breast cancer.

“We need to address whether early detection of relapse improves outcomes,” Turner said. “This study wasn’t designed to address that question, but I hope it will allow us to design the next generation of studies.”

Turner emphasized that, for future studies, researchers should consider improving sensitivity by assaying for more mutations and testing more frequently within the first six months, when recurrence is more likely. Further, he suggested that ctDNA testing may be less beneficial for patients with aggressive, “high-risk” disease.

For patients with less aggressive forms of disease, however, the lead time may provide enough of an opportunity for physicians to intervene in patient treatment. The phase III PADA-1 trial, presented by Bidard, monitored patients undergoing treatment for hormone-positive breast cancer for the development of a mutation in ESR1, the gene that encodes estrogen receptor alpha. Tumors frequently develop resistance to antiestrogen drugs by mutating ESR1, which necessitates the switch to a different treatment. Bidard and colleagues sought to determine if liquid biopsies could catch these mutations earlier, and if intervention could improve survival.

“The concept of PADA-1 is quite original,” Bidard said. “It’s not a proper first-line study. It’s not a second-line study after disease progression. It’s a switch study during the first line.”

The trial recruited 1,017 patients undergoing treatment with an aromatase inhibitor plus the CDK 4/6 inhibitor palbociclib (Ibrance), who had no ESR1 mutations at baseline and agreed to ctDNA screening every two months. If an ESR1 mutation was detected during screening, in the absence of a clinically detectable relapse, patients were randomly assigned to continue their existing treatment or switch to fulvestrant (Faslodex) plus palbociclib.

Patients in the latter cohort were allowed to cross over upon disease progression, but the patients who crossed over only had a progression-free survival of 3.5 months. This, Bidard said, demonstrates that intervening before a clinical relapse results in significantly better outcomes than waiting for a relapse to occur.

“We believe that this clinical benefit might justify the implementation of the PADA-1 treatment strategy as a valid option in routine care,” Bidard said. “We also believe that monitoring the rise of resistance-associated mutations could open up new opportunities for cancer therapy.” 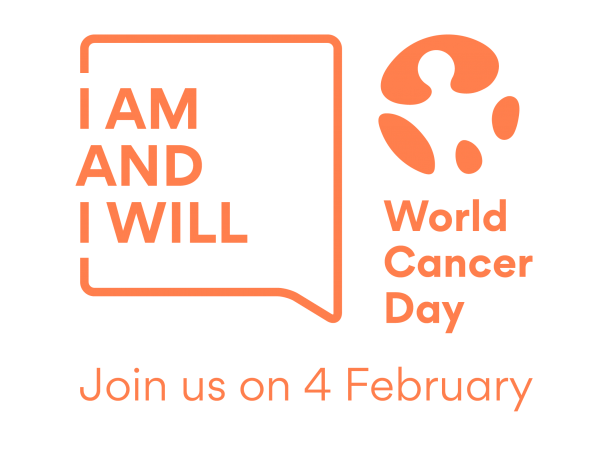