On Jan. 30, President Obama proposed a $215 million Precision Medicine Initiative, with the goal of revolutionizing medicine. This initiative will garner participation from the public in generating the scientific evidence needed to move the concept of precision medicine into every day clinical practice.

But what exactly is precision medicine?

Precision medicine, as defined by The National Research Council Committee, refers to the tailoring of disease prevention and treatment based on the characteristics of each individual. While this concept may not be new, it has acquired a new meaning and pace because of recent advancements in our ability to generate, manage, and analyze large-scale human genomic data.

Success with precision medicine requires an integrated approach that takes into account not just the genetic makeup of a person, but also environmental exposures and lifestyle, which influence the individual’s susceptibilities and risks for a specific disease, as well as treatment outcomes. The more we understand the factors that dictate a person’s life and disease, the better our ability in integrating these aspects to deliver therapies that are both precise and personalized.

The initiative proposed by the president has a long-term and a short-term goal. The long-term goal is to generate knowledge applicable to the whole range of health and disease, and the short-term goal is conquering cancer. It comes as no surprise that the short-term focus is cancer, given that we have already come a long way in applying the concept of precision medicine to this disease. Advances in DNA sequencing have directed us toward the different genetic alterations that drive different cancers, and we are already applying this knowledge in developing and administering cancer treatments targeted to specific cancer-driving molecular abnormalities, thus offering better outcomes and lower toxicities compared with conventional treatments. Progress made in tackling cancer can serve as a roadmap to solving complex issues of human health and diseases as a whole.

Increasing the Precision of Cancer Therapeutics

A look at some of the cancer therapies developed in the past decade exemplifies the extent to which newer therapies are increasingly precise, both at the disease level—targeted solely toward cancer cells while sparing the normal cells to a great extent, and at the molecular level—targeted toward a specific molecule or a cell signaling pathway. Within each type of drug, there are some that are more precise than others.

Among immunotherapies, the immune checkpoint inhibitors release the brakes on immune cells and are not targeted toward a genetic component of the tumor. However, CAR-T cell therapies are more precise and involve isolating patients’ immune cells, genetically modifying them (to enhance the cells’ ability to recognize and attack cancer cells), and returning those immune cells back to the patients’ bodies.

Therapeutic antibodies and cell signaling inhibitors are among the most precise cancer drugs so far. Not all of the drugs in these categories, however, are equally precise. Examples of therapeutic antibodies include those that target a specific growth factor receptor and block it (cetuximab), and those that can recognize a target on a cancer cell and flag it, to which a toxic drug can be delivered precisely (antibody-drug conjugates such as TDM-1). Cell signaling inhibitors, such as imatinib and ceritinib, target alterations in cell signaling pathways.

We are also starting to learn that cancer therapeutics that are not necessarily designed based on tumor genetics can be more effective in some patients than in others, because of the patients’ genetic predispositions. Understanding which patients might benefit more from such a therapeutic and applying that knowledge would increase the precision of that drug. As an example, studies have shown that immunotherapies, such as ipilimumab and anti-PD-1/PD-L1 drugs, which are not strictly precision medicine, are more effective in patients with advanced melanoma whose tumors have certain genetic alterations. This makes molecular targeting of immunotherapy feasible. Such studies also underscore the importance of companion diagnostics—tests that can identify the right patients for a specific treatment—as an integral part of precision medicine.

Together, immunotherapies, targeted therapies, and combinations are shaping our current and future cancer treatment strategies, but there are many hurdles to overcome before we fully turn cancer into a manageable disease. We are starting to understand that cancers are heterogeneous—there are certain cells in tumors that survive or escape treatments leading to drug resistance, and there are other factors besides genetics that influence treatment response and outcomes. The Precision Medicine Initiative deals with understanding such complex issues that we encounter as we refine precision oncology.

The National Cancer Institute’s director, Harold Varmus, MD, has assured members of the National Cancer Advisory Board that the institute will implement the president’s initiative even if the Congress does not appropriate the proposed $70 million for this purpose. Successful implementation of precision medicine to cancer will hopefully fulfill the ultimate goal of the initiative – giving every individual the best chance at good health.

In 2013, the AACR introduced the Precision Medicine Conference Series to discuss technological advances in cancer research that enable precisely targeted treatments toward the unique molecular and genetic characteristics of an individual’s cancer. The third conference in this series, Integrating Clinical Genomics and Cancer Therapy, will be held June 13-16, 2015, in Salt Lake City, Utah. The deadline to submit an abstract is Monday, April 6, 2015. 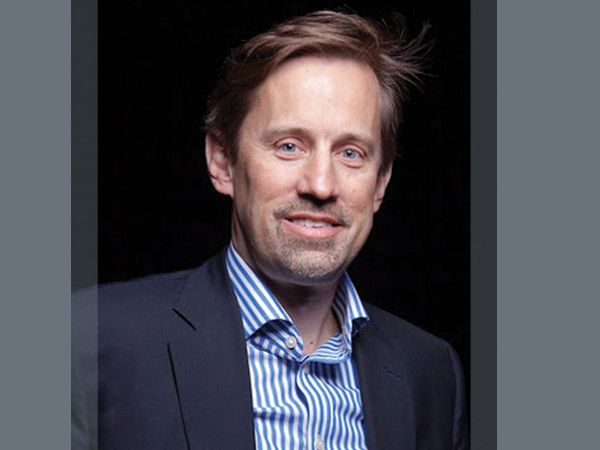 Addressing the Promise and Challenges of Big Data

why not using “personalized medicine” ? precision medicine may mean that the rest of the medicine is not precise…which is not fair for the clinicians….

Thank you for your comment, Dr. Fridman. The terms “precision” and “personalized” are often used interchangeably. “Precision medicine” seems to be emerging as the most commonly used term, especially in the United States. The National Research Council Committee states in its report that the term “personalized medicine” is sometimes misinterpreted as implying that unique treatments can be designed for each individual. For this reason, the Committee thinks that the term “precision medicine” is preferable to “personalized medicine.”