Multiple myeloma is a cancer of antibody-producing cells—called plasma cells—that accounts for approximately 1.8 percent of new cancer cases in the United States. Although it is a relatively uncommon cancer, those who are diagnosed face a five-year survival rate of only 52 percent. Patients who are diagnosed at an early stage generally have a better prognosis; however, almost all patients are diagnosed after the cancer has progressed to a more advanced stage.

Multiple myeloma is preceded by a premalignant condition known as monoclonal gammopathy of undetermined significance (MGUS), in which abnormal plasma cells accumulate but do not expand. Approximately 1 percent of patients with MGUS progress to multiple myeloma. The genetic factors underlying progression from MGUS to multiple myeloma remain unclear.

In a recent preclinical study published in Blood Cancer Discovery, the newest journal of the AACR, researchers investigated genetic abnormalities that could promote the development of multiple myeloma.

“The purpose of our study was to model genetic risk factors that may contribute to initiation and progression of multiple myeloma,” said Marta Chesi, PhD, associate professor of medicine at the Mayo Clinic and lead author on the study.

By deleting the Rb1 and miR15a/miR16-1 genes in mice, Chesi and colleagues found that loss of just one copy of the miR15a/miR16-1 gene cluster, but not of Rb1, led to the accumulation of an abnormal antibody – a characteristic feature of both MGUS and multiple myeloma. This result suggested that genetic deletion of miR15a/miR16-1 could promote disease initiation. Furthermore, deleting one copy of miR15a/miR16-1 in mice with multiple myeloma significantly enhanced the aggressiveness of their disease and led to increased expression of genes that promote cellular proliferation. Consistent with these results, analysis of a genetic dataset of multiple myeloma patients revealed that single-copy deletion of MIR15A/MIR16-1 in patient tumors was associated with increased expression of the same cellular proliferation genes that were upregulated in the mouse experiments.

“Our study demonstrates that losing one copy of the MIR15A/MIR16-1 gene promotes tumor cell proliferation in both mice and patients,” said Chesi. “This discovery increases our understanding of how genetic abnormalities may increase the risk of progressing from MGUS to multiple myeloma.”

Studies like the one described above help researchers understand disease progression and could eventually lead to advances in detection and treatment. However, the benefits of these advances have historically not been felt equally across the population.

Despite being disproportionately affected by multiple myeloma, African Americans are underrepresented in clinical trials that examine therapies for the disease. Last month, the AACR partnered with the Food and Drug Administration (FDA) to host the FDA-AACR Workshop To Examine Under-Representation of African Americans in Multiple Myeloma Clinical Trials.

As described in a recent blog post, the workshop assembled various stakeholders to learn about factors underlying this racial disparity and to discuss policy recommendations for increasing the representation of African Americans in multiple myeloma clinical trials.

Clinical trials are key to understanding the safety and efficacy of potential new therapies. Based on positive clinical trial results, the FDA recently approved a new drug for multiple myeloma last week. Isatuximab-irfc (Sarclisa) selectively kills cancer cells by targeting a protein called CD38, which is found at high levels on myeloma cells.

The approval of new drugs and efforts to better understand the disease and disparities aim to improve outcomes for patients with multiple myeloma. One survivor, Cindy Chmielewski, who was diagnosed with multiple myeloma in 2008, is using social media to help others stay abreast of the latest advances. Operating under the Twitter handle @MyelomaTeacher, Chmielewski shares new developments in multiple myeloma research and treatment. She has also participated in the AACR’s Scientist ↔ Survivor Program, which brings together cancer researchers and patients, to learn about new research. You can read her story here.

While there have been great advances, there is still much to learn about multiple myeloma. The AACR Conference on Myeloma and Plasma Cell Dyscrasias will be held October 2-5, 2020, in Boston and will bring together scientists to discuss ongoing research into this disease. The conference will cover multiple facets of multiple myeloma research, including risk prediction, genomics, clinical trials, novel therapies, and drug resistance, among others. In addition, the opening keynote address will be delivered by AACR Fellow Kenneth Anderson, MD, who is co-editor-in-chief of Blood Cancer Discovery and co-chair of the myeloma conference. The deadline for advance registration is August 18, 2020. 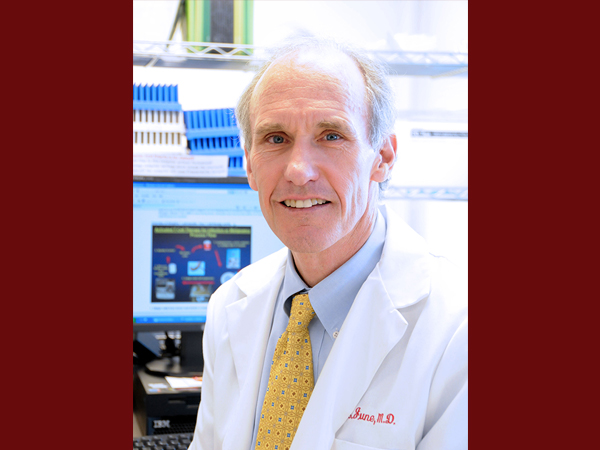 An Interview with Carl June, MD, a Pioneer in CAR T-cell Therapy 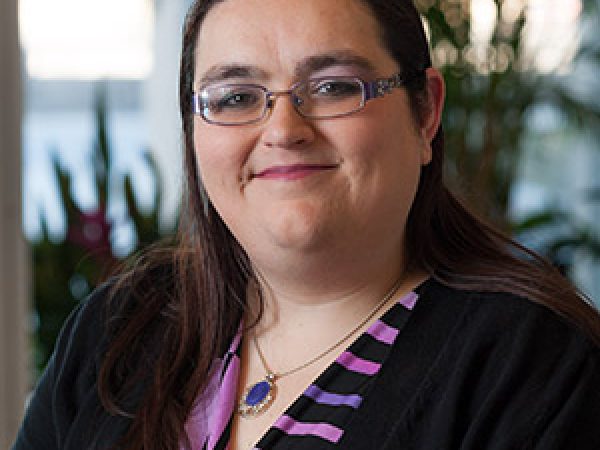 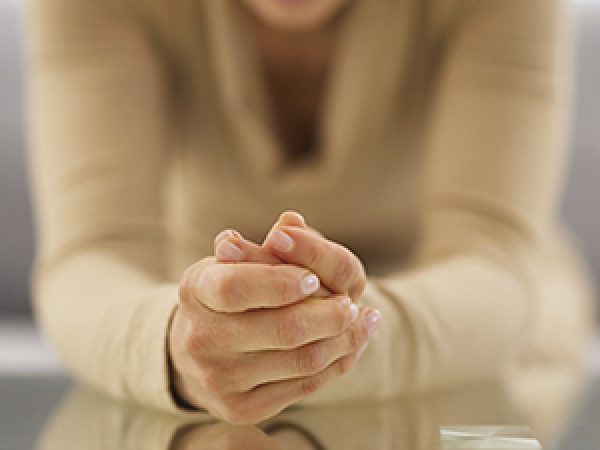