While the incidence of melanoma has been rising, the mortality rate has experienced a steep decline over the past few years. This is largely attributable to major advances in treatment during the past two decades, including the development of BRAF inhibitors, MEK inhibitors, and immune checkpoint inhibitors.

The discovery in 2002 that over half of melanomas have a mutation in BRAF, a signaling protein in the mitogen-associated protein kinase (MAPK) pathway, jump-started a new class of therapies for melanoma patients. The MAPK pathway regulates the cell cycle, and the BRAF mutations commonly observed in melanoma can cause uncontrolled cellular proliferation. The BRAF inhibitor vemurafenib (Zelboraf) was found to substantially improve clinical responses in patients with advanced melanoma, leading to its approval by the U.S. Food and Drug Administration in 2011. Since then, additional inhibitors of BRAF have been approved (dabrafenib [Tafinlar] and encorafenib [Braftovi]), as well as inhibitors of MEK (trametinib [Mekinist], cobimetinib [Cotellic], and binimetinib [Mektovi), another protein in the MAPK pathway.

BRAF and MEK inhibitors have dramatically altered the melanoma treatment landscape, but there remain several challenges to using these drugs to treat melanoma. While most patients respond to these inhibitors, the responses tend to be short-lived due to acquired resistance. Combination treatment with a BRAF and MEK inhibitor can delay the development of resistance but does not appear to prevent it from occurring. Additionally, these inhibitors are associated with several toxicities.

Just in time for the upcoming Melanoma Awareness Month, two studies presented Monday at the Opening Clinical Plenary Session at the AACR Virtual Meeting I examined different strategies for addressing these challenges to improve treatment for melanoma.

Combining BRAF and MEK inhibition with an immune checkpoint inhibitor

The first presentation, delivered by Grant McArthur, PhD, head of the molecular oncology laboratory and a senior consultant medical oncologist at the Peter MacCallum Cancer Centre in Melbourne, Australia, reported results from the IMspire150 trial. This phase III clinical trial evaluated the efficacy of combining vemurafenib, cobimetinib, and the immune checkpoint inhibitor atezolizumab (Tecentriq) as first-line treatment for patients with BRAF-mutated advanced melanoma.

While BRAF and MEK inhibitors have high response rates with low durability, immune checkpoint inhibitors such as atezolizumab have low response rates with high durability, raising the possibility that these therapies could complement one another. In addition, BRAF and MEK inhibitors are known to promote immune-cell infiltration and reduce immune suppression, and a prior phase Ib trial showed that treatment with vemurafenib and cobimetinib before atezolizumab treatment led to favorable changes in the tumor microenvironment.

There was a “clinically meaningful improvement” in duration of response, McArthur noted. The duration of response was 21.0 months for the atezolizumab arm compared with 12.6 months for the placebo arm. After 12 months, 69.8 percent of patients in the atezolizumab arm maintained a response, while 50.8 percent maintained a response in the placebo arm.

The objective response rates were similar for both arms. An interim analysis revealed that overall survival was not different between arms at 12 months but did favor the atezolizumab arm at 24 months (60.4 percent vs. 53.1 percent).

Together, the results indicate that the combination of atezolizumab, vemurafenib, and cobimetinib may improve response durability and progression-free survival for patients with advanced BRAF-mutated melanoma without introducing new safety concerns.

The results of this study raise several thought-provoking questions, as discussed in a post-presentation discussion by Charles Sawyers, MD, chair of the Human Oncology and Pathogenesis Program at Memorial Sloan Kettering.  “What is the mechanism underlying the observed improvement with the triple combination therapy?” “Is there an increase in immune–cell infiltration or in the release of tumor antigens in patients treated with the combination?” The insight gained from answering these questions may benefit future therapeutic approaches.

Continuous vs. intermittent dosing of BRAF and MEK inhibitors

The S1320 trial enrolled patients with advanced BRAF-mutated melanoma that could not be removed by surgery. All patients received continuous dabrafenib and trametinib for the first eight weeks of the study, after which the 206 patients with objective responses or disease stabilization were randomly assigned to either the continuous or intermittent dosing arm. Those in the intermittent dosing arm received treatment on a five week on/three week off schedule.

Overall survival was similar for both arms 50 months post-randomization. However, an analysis of survival after disease progression showed that for those patients whose disease had progressed, intermittent dosing led to greater post-progression survival than continuous dosing. “The shorter period of disease control in intermittently dosed patients appeared to have been offset after disease progression,” Algazi said. However, Algazi cautioned that the survival data are merely hypothesis-generating at this point since the study was not statistically powered to detect differences in survival.

While the overall incidence of treatment-associated toxicities was not significantly different between the two arms, there was a significant difference in the incidence of grade 3/4 fever, with patients in the continuous dosing arm having a higher incidence than those in the intermittent dosing arm.

While results from previous preclinical studies had suggested that intermittent dosing of BRAF and MEK inhibitors might lead to better outcomes than continuous dosing, the results from this study suggest the opposite, at least in terms of PFS. “There are several possible reasons that our findings in S1320 may differ from previous in vitro and in vivo studies,” said Algazi. He postulated that differences in the amount of time for drug-resistant cells to develop in humans compared with animal models and the longer half-life of trametinib in humans may have contributed to the differing results.

In a post-presentation discussion, Sawyers added that the preclinical results were based on models that had increased levels of BRAF, which may not be present in all patients. This difference could contribute to the contrasting outcome in patients.

These two studies illustrate the progress that is being made with increasing the efficacy of BRAF and MEK inhibitors for advanced melanoma. As is often the case with research, the findings from these studies raise additional questions, laying the groundwork for future research that will aim to further optimize these treatments and continue to decrease the mortality rates from melanoma. 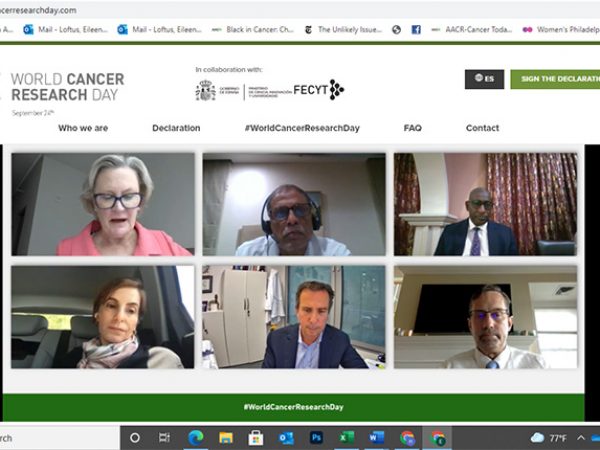